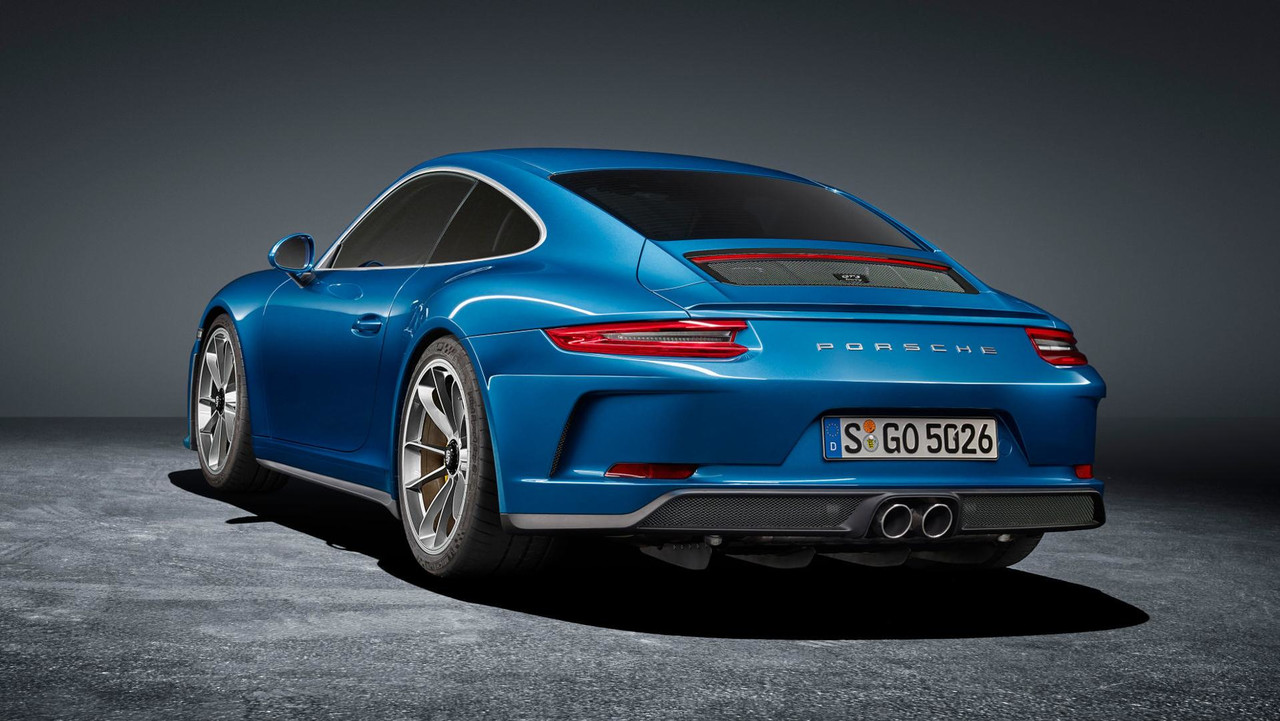 The man in charge of the 911 model lineup at Porsche has revealed that the GT3 Touring package that was introduced at the 2017 Frankfurt motor show in September came about as a response to people flipping the limited-run 911 R.

The back-to-basics R originally retailed at £136,901, but its limited availability (only 991 were made) meant that prices quickly skyrocketed — some were even seen for sale at more than £900,000. Naturally, that didn't please the bigwigs at Porsche, who have gone on to release the Touring Pack for the 911 GT3.

Based on the facelifted 991-generation 911, the GT3 Touring Package is fitted with a 4-litre six-cylinder engine producing 493bhp and a six-speed manual transmission. It is to all intents and purposes a refreshed 911 R, just without the hefty price tag. Even brand new it comes in cheaper than the 911 R at £111,802.

While the 911 GT3 Touring Package seemingly came about as a result of demand for a more driver-focused car, 911 boss August Achleitner hinted to US magazine Road and Track in a recent interview that there is more to it than that. 'If [the GT3 Touring Package] helps keep the prices a little bit lower for the average customer of our cars, it's better,' Achleitner said. 'Of course, there are some specific customers who are a little bit disappointed, but it's OK, we can live with this.'

In a conversation with the same publication earlier this year, Porsche GT boss Andreas Preuninger revealed that the company was even keeping an eye on car flippers, and that they might not be offered limited-edition cars in future. 'We are monitoring very closely who is flipping cars,' he explained. 'We do not build too many cars and we know most of our customers well – we like to have a name for every car before we build it.'

'I personally like to see my cars being used. That’s what we build them for. They are just too good to be left to stand and collect dust...I don’t like this business of people buying our cars to make money on them. That was never our intention,' he said. 'The purpose of limiting a car is not for it to gain value. We don’t want to be laying money on each car’s roof when they run out of the factory.'

So there you have it. Not pleased with having its exclusive models resold at massively inflated premiums, Porsche has hit back by undercutting the flippers. Genius.