Video: What made the Mercedes F1 W08 so good 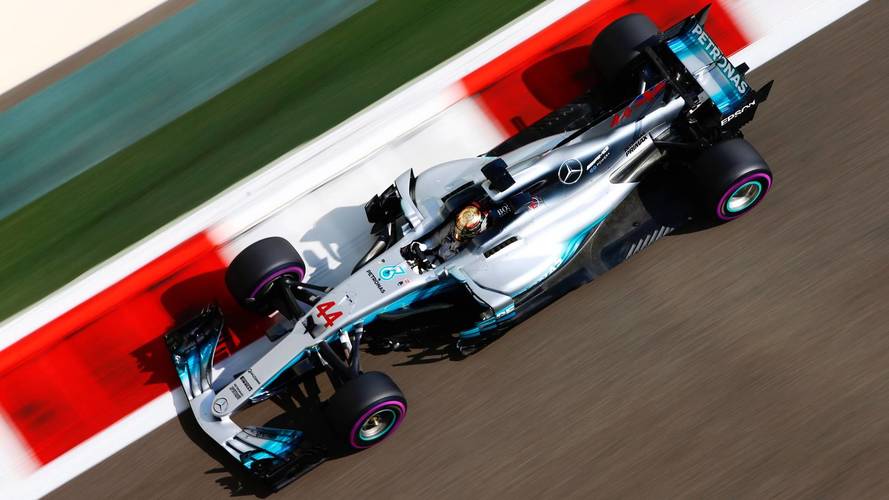 Apart from it winning everything, that is.

Motorsport Network technical analyst Giorgio Piola explains what made the Formula 1 world championship-winning Mercedes F1 W08 so strong in a special video first shown during the recent 2017 Autosport Awards, which were held in London and presented for the first time by former F1 driver David Coulthard and television presenter Lee McKenzie.

During the famed annual awards ceremony, Mercedes scooped the prestigious Autosport Racing Car of the Year Award for the fourth successive year with what Piola describes as a 'clever evolution of the 2016 car despite the major rules change for the 2017 season'.

In this video, produced by Motorsport.tv, veteran technical observer Piola goes on to explain the impact of the long wheelbase of the car, details of the floor, what he describes as a 'revolutionary' nose that was introduced at the Spanish Grand Prix and finally the role of the power unit package.

The car won the 2017 F1 constructors' championship, took Lewis Hamilton to the his fourth drivers' title and also won 12 races, including three for new signing Valtteri Bottas. These numbers make it not the most successful of Mercedes' recent efforts, but an admirably successful racing car nonetheless. Certainly one that most of the team's rivals would wish that they had control of themselves.

That said, the Mercedes F1 team did struggle at times to get to grips with its car, which had a lengthy name that was in itself difficult to manage. The Mercedes-AMG F1 W08 EQ Power+ proved troublesome at some races in the 2017 racing season, which allowed Ferrari driver Sebastian Vettel to take a lead in the standings before he was overtaken and ultimately comprehensively outclassed by Lewis Hamilton over the course of the year.