Left-hand drive Volkswagen Up GTI goes on sale in Europe 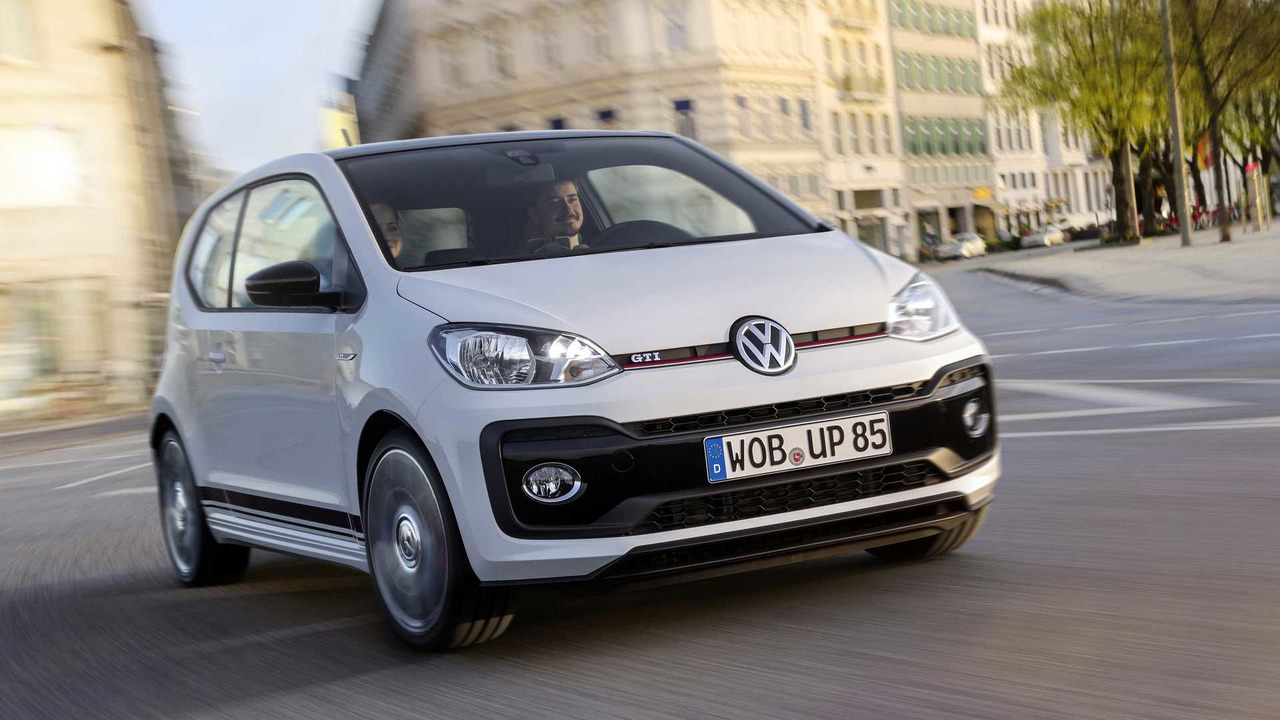 The hot hatch we've all been waiting for has just gone on sale, but sadly it seems that for right-hand drive British buyers we're going to have to wait a little longer.

The new Volkswagen Up GTI has officially gone on sale in Europe – but only in left-hand drive form at the moment – and comes with an asking price of €16,975. Volkswagen UK says that engineering the car to get the steering wheel on the other side of the cabin means that we won't see orders getting started over here until late January 2018 at the earliest.

The Up is the third member of Volkswagen's GTI family, joining the iconic Golf and brand new Polo. In a similar vein to the two models with which it shares the name, the new Up GTI comes equipped with a powerful (it's all relative) 113bhp turbocharged three-cylinder engine and 147lb ft of torque, giving it the ability to sprint to 62mph in just 8.8 seconds, on to a top speed of 122mph.

On the outside, the Up features a few signature GTI styling cues, including the red stripe in the honeycomb grille, Volkswagen's GTI logo and double black stripes on the door panels which extend across the wide side sill covers. The exterior mirror housings are even finished in a high-gloss black paint.

The Up GTI sits on a set of redesigned 17-inch wheels that give the hot hatch a more aggressive look than the standard car. A few sporting tweaks give the Up a 15mm lower ride height, and red stripe in the rear paired with a larger rear spoiler gives the car greater downforce and even more signature styling.

Even the cabin comes well equipped with a leather-wrapped sport steering wheel, a GTI gear knob, and the legendary 'Clark' plaid seat patterns.

The Up GTI was one of our star cars at the Frankfurt motor show in September and one that we're particularly looking forward to driving. Keep an eye on uk.motor1.com for the latest Volkswagen Up GTI news.