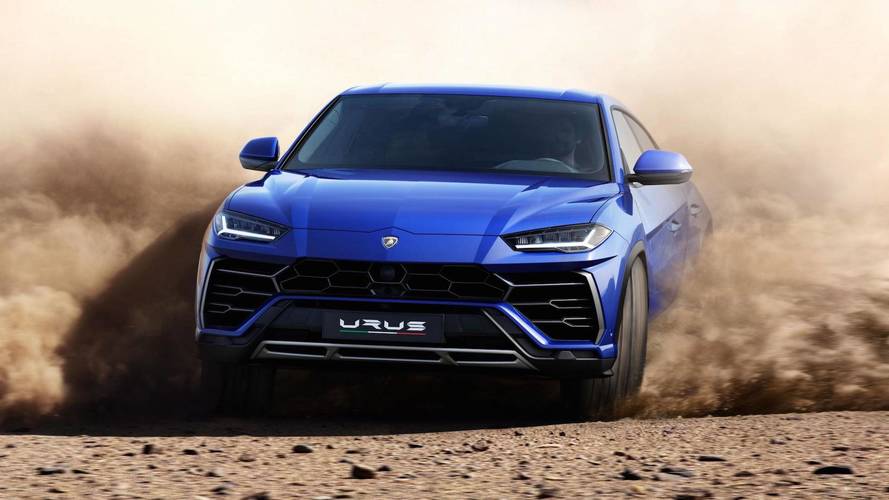 We've seen the new car after months of teasing.

Lamborghini has finally taken the wraps off its new Urus SUV after months of teasing snippets of the new car to expectant fans. In fact, it's been an extremely long road to production for this car – the concept version of the Urus was first revealed at the Beijing motor show in 2012.

The off-roader is not Lamborghini's first – that was the LM002 that was built between 1986 and 1993 – but certainly this car should sell far more than the old car's 386 models over seven years.

The Urus blends Lamborghini's supercar design cues with something a little softer for a taller car. It's not a stretch to say that the car is the sportiest-looking SUV on the market, and Lamborghini's engineers will have worked hard to try and make the new SUV as dynamic as possible to drive.

Power comes from Lamborghini's 4-litre twin-turbo V8 engine that produces a hefty 641bhp and 627lb ft of torque. Lamborghini has said that it went for a turbocharged engine to provide the low-end torque that is necessary for getting such a heavy car going quickly. The transmission is an eight-speed automatic unit, and the car is equipped as standard with an all-wheel-drive system that features torque vectoring technology to boost handling. Four-wheel steering is also available, and Lamborghini is expected to announce a plug-in hybrid variant of the Urus that will be available in around 12 months.

The interior is standard Lamborghini fare – although of course the off-road toggle switches in the centre stack will be unfamiliar to regular Lamborghini drivers. The Urus has been swept up into the Volkswagen Group love affair with touchscreens, featuring two large ones in the centre of the dashboard for infotainment and auxiliary control purposes, as well as a digital display screen in the instrument panel that can be tweaked by the driver to show different information.

Production of the new Urus has already started at Lamborghini's refreshed Sant'Agata facility in northern Italy, ahead of first deliveries early next year. Starting around £150,000 the Urus will be an entry-level volume model for the Italian supercar manufacturer – the company expects to sell around 3,500 a year.