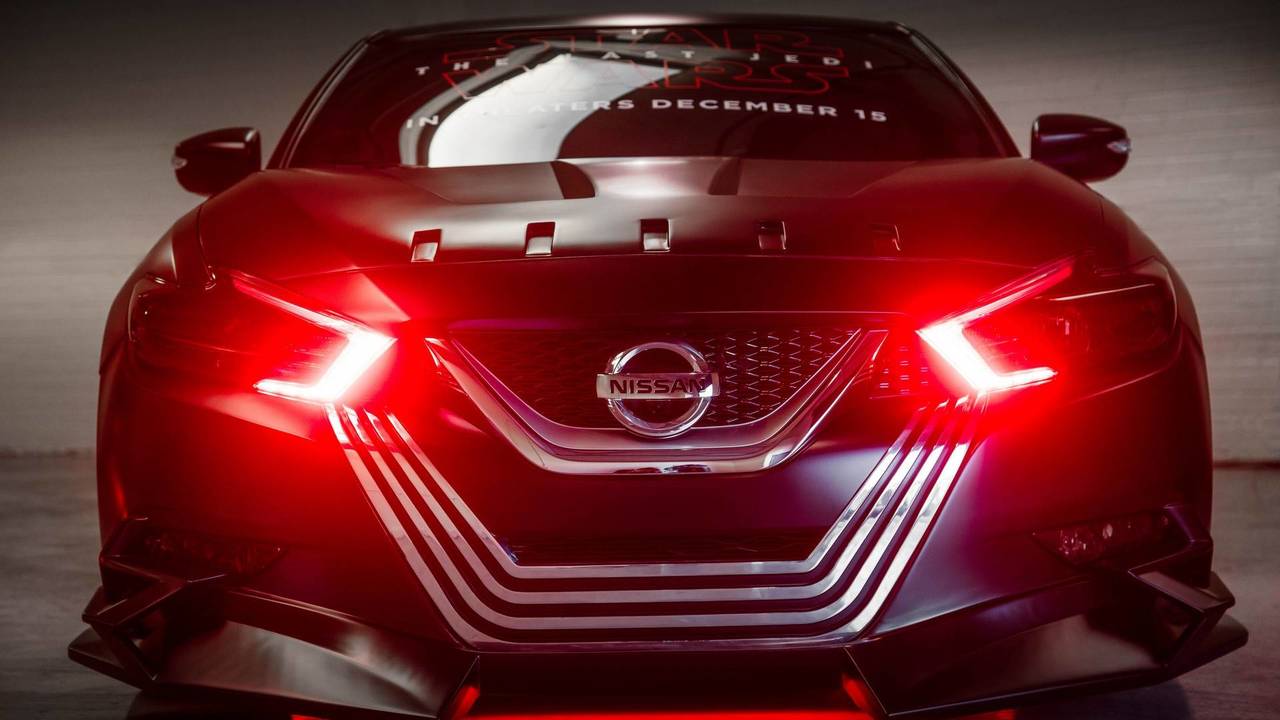 The Nissan lineup has been reimagined as vehicles from the Star Wars saga as part of a display at the Los Angeles motor show.

Following their partnership last year for the launch of Rogue One: A Star Wars Story, Nissan and Lucasfilm have joined forces (sorry not sorry) once again ahead of the launch of the eighth installment of the Star Wars saga – The Last Jedi.

The Japanese brand has taken seven of its production cars, and turned them into famous vehicles from the space opera, although unfortunately, you won't be able to buy these particular models on the ice planet Chichester. In fact, take off all the space crap and you still couldn't buy most of these cars in the UK because they're US-specific models.

Of course, Nissan is hoping that one look at these racy family wagons will have a Ford Galaxy far, far away from the front of your mind.

Five vehicles have been recreated, with Kylo Ren and Captain Phasma's sinister masks also being morphed into Nissan Maximas. The Maxima is the base for three cars, the third being Ren's Tie Silencer space ship.

A 2018 Nissan Altima has been turned into a First Order Special Forces Tie Fighter, but we fear that this one won't be able to fly. Good news really, it'd probably be lethal.

Looking at the lighter side of the force, Poe Dameron's X-wing takes the form of the much less iconic Nissan Rogue, complete with its own BB-8 astromech droid. There's no word yet on whether future Nissans will be offered with their own astromech droids, but we suspect that kind of option isn't too far away.

The lesser-known RZ-1 A-wing interceptor is also present as a 2018 Nissan Rogue Sport, reflecting its place in the film as the quicker option in the starfighter fleet.

It's not just compact fighters and evil characters represented. The First Order's gigantic All Terrain MegaCaliber Six (AT-M6) rather appropriately takes the shape of a Nissan Titan.

Check out the full gallery of the Nissan Star Wars concepts below.