Corvette ZR1 convertible surprise reveal – will cost £92k in US

The coupe starts at £89,000, although it'll cost you more than that to bring to the UK with postage and packaging.

When Chevrolet was roaming the world with the camouflaged ZR1 prior to its Dubai launch, we spotted convertible versions as well. We knew it was coming, but we weren’t expecting Chevy to pull out a roofless version – painted in the same day-glo orange as the hardtop in Dubai – quite as soon as the Los Angeles motor show.

The details at this point are thin save for the price: £92,000 for the convertible and £89,000 for the coupe. Of course, those are US prices we're looking at, but compared with other topless two-seaters with 755bhp and a top speed well over 210mph, we're looking at quite a bargain. Oh, and did we mention this generation will also be the only Chevrolet Corvette ZR1 convertible? At least, the only front-engine ZR1 convertible. We suspect there will be more than a few interested parties willing to part with plenty of money to have one of these cars. 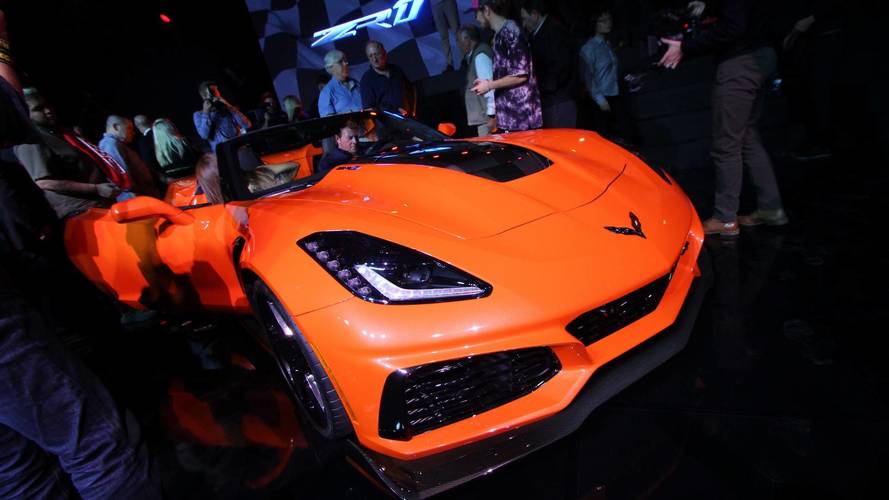 A bigger question that will likely be addressed soon is just how the lack of a roof plays into the ZR1’s aerodynamics. Chevrolet has spoken of the Corvette’s shape and various aero bits nearly as much as the prolific power from the supercharged LT5 V8, with the downforce being a significant factor in Chevrolet’s decision to try and capture a Nürburgring record with it. Usually, subtracting a roof adds weight and reduces performance, though it’s not like most hardcore performance enthusiasts are looking to shave milliseconds off lap times in a convertible. There are more important things to worry about, like if your toupée is rated for 200mph.

In the end, we suspect any degradation in downforce or speed – if there is any – will be of absolutely no concern to the folks buying this car. It’s a 755bhp Corvette convertible from the factory, with a shrieking supercharger up front turning the rear tyres into chunks of rubber, after all.