'Cheapkhana' is all kinds of hooning greatness 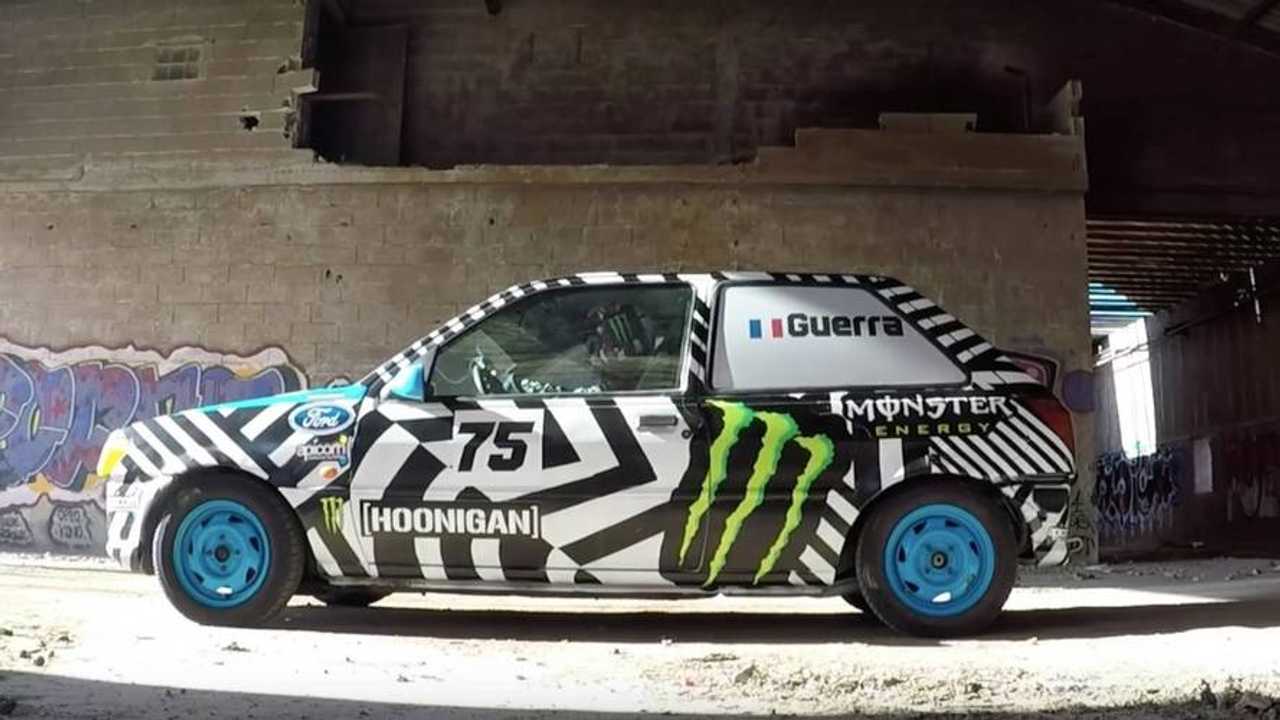 Just don't try it on your way home from work.

Ken Block has won legions of fans over the years with his Gymkhana videos, but one fan in particular has taken his fandom to the next level, and not for the first time.

Frenchman Etienne Guerra is the man behind Cheapkhana, the ultimate Gymkhana parody. He's painted up his 1994 Ford Fiesta 'no RS' like Ken Block's 2017 Ford Focus RX and put together a low-budget tribute to the 'Head Hoonigan In Charge', and we think that it's brilliant.

It's not just the car that resembles Block's (sort of), but the attention to detail also extends to Guerra's racing suit and helmet. He even mimicks Block's mannerisms from the Gymkhana series, although if he wants to swing his door shut by kicking it out, he may need to invest in some WD40.

The car may have only 10 percent of the rallycross car's power, but the end result is just as entertaining, proving that you only need 60bhp to have fun in life. Check it out at the bottom of the page.

Etienne has a brief history of such tribute videos, cracking out a second-generation Ford Fiesta for a similar YouTube film back in 2011. He might only have a fraction of Block's budget, but he has proven that he has what it takes to compete with the big guns head-to-head when it comes to high-quality production values and classy camera work.

Block recently announced he and his Hoonigan Racing Division team would be pulling out of the FIA World Rallycross Championship after two largely unsuccessful seasons. The DC Shoes co-founder previously competed in Global Rallycross, the World Rally Championship, and Rally America where he was a three-time series runner-up.

Gallery: Cheapkhana shows you can do Ken Block on a budget