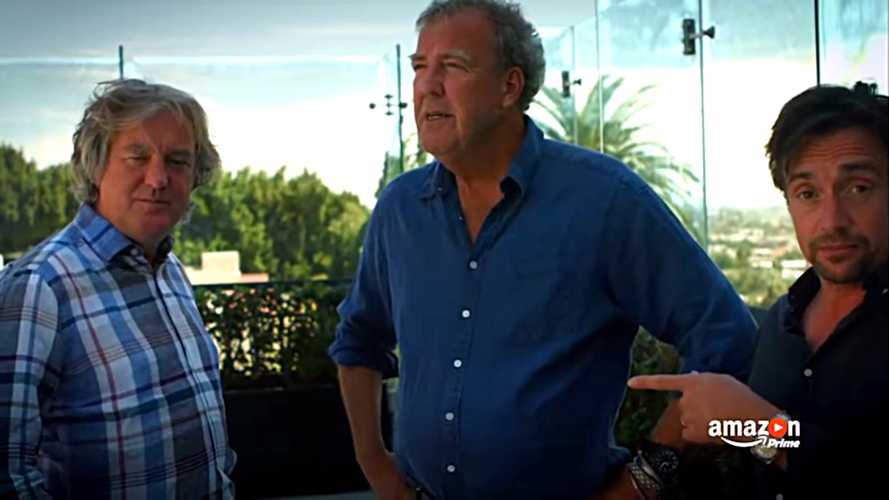 Jeremy Clarkson and Richard Hammond don't believe that autonomous cars will put them out of work.

The second season of The Grand Tour starts streaming online in a matter of weeks, which means that the show's presenters are in promotional overdrive. In a recent interview with The Sunday Times, Clarkson and Hammond gave different outlooks on the future of the driverless car, but insisted that motoring journalists would still have something to do if they became commonplace – good news for us too then.

'People often put it to us, "oh driverless cars, electric cars, that's going to be it for you isn't it?" No. Not at all,' insisted Hammond. 'Cars appeal to something within us, cars chime with something primal, primitive, basic within us. It's an itch that needs to be scratched and has been since they started a hundred or so years ago.

'That's not going to go away,' he continued. 'We're consumers, we'll get what we demand. When somebody realises "OK, I can make an electric autonomous car, but these people want an interesting one", as soon as somebody makes one and people buy them and can then zip off into the hills around Wales and enjoy and scratch that itch that has driven me to love cars all my adult life, then they'll sell loads of them.

'We don't have these things forced on us, we buy what we want so people make what we want, so it will go away, I'm not worried at all,' he finished.

Clarkson agreed that driverless cars won't spell the end for motoring journalism, but was more positive about the prospect of self-driving cars becoming part of every day life.

'Let's just say even if they did somehow arrive entirely faultlessly tomorrow, there'd still be a number of manufacturers making them and people would still want to know which was the best to buy,' he said. 'So whoever our replacements are will still have something to talk about because they say "this one's better and this ones got a bed in it and this one's got a newspaper rack and this one's got a lavatory". There'll still be things to talk about.'

However, he does feel that the technology still has a long way to go before it should be made readily available. 'There are so many questions around the technology that will have to be answered,' Clarkson said. 'I drove a car the other day that has a claim of autonomous capability, and twice in the space of 50 miles on the M4 it made a mistake, a huge mistake, which could have resulted in death.

'At the moment it's not there, it's not foolproof. If you can drive one of your autonomous cars over the death road in Bolivia, I'll buy one ... fine, it's something safer and better than a human being, I'll buy into it. But for now, we're miles away from it. By the time the technology has been developed to the point where they work, they're commonplace, they're smartphones, they're everywhere, us three will not smell so good. I mean we'll be long gone,' he joked.