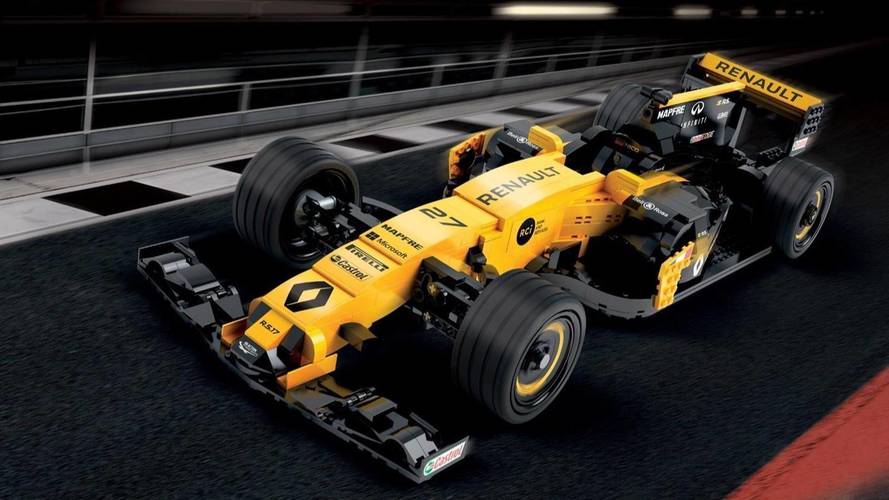 The life-size replica is going on display in the company's flagship store in Paris.

Renault has built a life-size version of its F1 car out of Lego bricks as part of a dramatic new installation for its Atelier Renault venue in Paris.

The 5.4-metre long creation will be revealed on 30 November in the giant shop, and a bucket seat, steering wheel and tyres from one of the real RS 17 racing cars that was raced around the world this year. The car took 600,000 Lego bricks to put together.

L’Atelier Renault is the French car manufacturer’s massive flagship store at 53 Champs-Elysées and shows off the wider Renault brand as well as its cars for sale.

If you happen to be in Paris on 9 December and shopping for a new Renault, the car maker says that it’s having a Christmas-themed fun day at the location, with face painting, balloons and a Lego station where kids can build their own miniature version of the RS 17 to take home, much like the one pictured.

‘For many people, Formula 1 is a dream world to which they can only get close thanks to television coverage of races,’ said L’Atelier Renault’s general manager Patrice Baheux. ‘At Renault Sport Formula One Team, our motto is “making the impossible possible”, and we strive to apply this to everything we do. Lego, a brand familiar to all, has given us an opportunity to open the doors to the exceptional world of F1. We’re very proud of the result!’

There’s plenty to do inside the Atelier – there’s a Renault cafe, lots of toys for sale to the youngest Renault fans that might be visiting the place, and exciting activities that the whole family can enjoy. You can even take a selfie in a Formula 1 car if you really fancy.

Renault celebrated 40 years in F1 this year with a range of celebrations around the world, of which the new Lego RS 17 is just the latest.