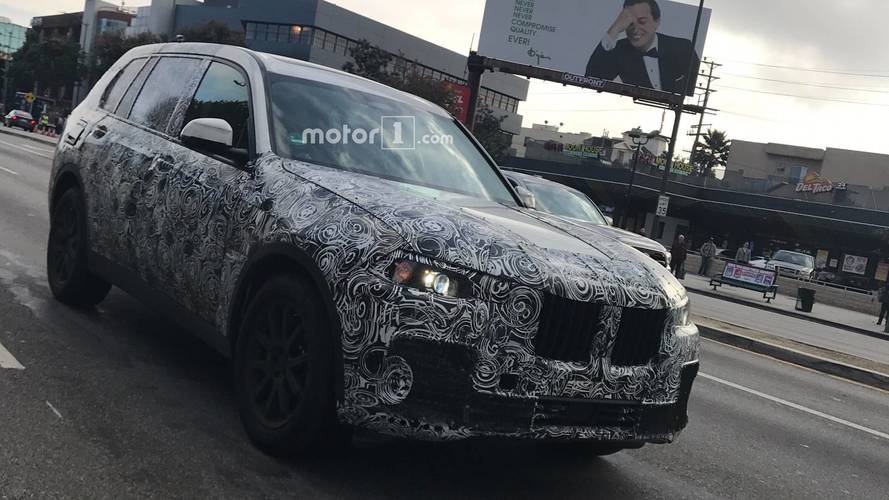 The X7 moves from Europe to America for more testing in its natural home.

In September, BMW revealed the X7 iPerformance concept at the 2017 Frankfurt motor show, which previewed a future production flagship SUV with the same name. The study gave us a basic idea of how the first-ever X7 could look like and now, more than two months later, the Bavarian company is continuing work on the vehicle with a spot of testing.

Motor1.com reader Kris Hamburger sent us this fresh batch of spy photos taken in California, which show an X7 test prototype. Naturally, it’s still hiding under heavy camouflage and, interestingly, it’s not wearing production headlights, which we saw on a previous prototype caught testing in Europe.

The all-new X7 will be based on the CLAR platform, which already underpins the 7 Series and 5 Series, as well as the new Rolls-Royce Phantom and the upcoming Cullinan. The powertrain options will be shared with the 7 Series, which means there will be an entry-level six-cylinder engine, turbocharged four-cylinder plug-in hybrid, mid-range V8 and a mighty V12 at the top.

It’s not a big surprise that BMW is testing the X7 in the United States, as the German manufacturer will actually build the final production version of the car at its plant in Spartanburg, South Carolina. Assembly is expected to begin at some point in 2018 and we probably won’t see the model on sale before the second half of the year.

The first to arrive will be the standard seven-seat variant, which will be followed by a four-seater luxury model with a premium price attached. According to a recent report, BMW is considering an even more luxurious vehicle with a coupe-like shape, probably getting the X8 moniker. If approved for production, it will basically be what the X6 is to the X5 – a more stylish version, using the same technologies and wearing an even heftier price tag.