What happens when Grand Tour presenters try to be more American? 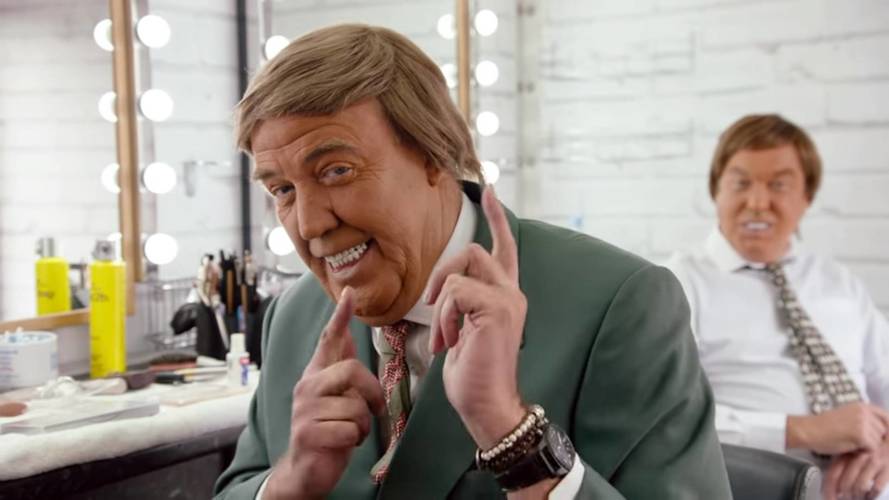 One of the presenters stays exactly the same. You know who...

After crashing a couple of fast Renaults and losing a BMW M4 CS during their failed attempts to find a new stunt driver, the Grand Tour trio have now been tasked to do something else. With Mike Skinner – also known as The American – out of the picture since he won’t be returning for season two, Amazon’s CEO Jeff Bezos has decided instead to simply make Jeremy Clarkson, James May and Richard Hammond 'more American'.

As such, the guys had no other way but to listen to the boss and undergo a makeover, but in reality only Jezza and Captain Slow were actually the ones to be Americanised as The Hamster was already there. The end result is questionable, if not a bit shocking considering those fake white teeth, combovers and all that orange.

The idea behind this radical transformation was to make The Grand Tour presenters appeal to a broader, more international audience, but The Grand Tour is still very much British at its core. As a matter of fact, they won’t be setting up a tent in a different place for each episode, as the headquarters for season two will be in the United Kingdom, just a few miles from Clarkson’s own home in the Cotswolds.

After sitting on the makeup chair for 'many hours' as per the video’s YouTube description, the charismatic hosts then turn to the camera like it’s the opening scene of The Young and the Restless. In the end, Clarkson, May, and Hammond apologise for being what they are – British.

The Grand Tour will be back 8 December on Amazon Prime, hopefully without the orangeness and with a new proper driver.