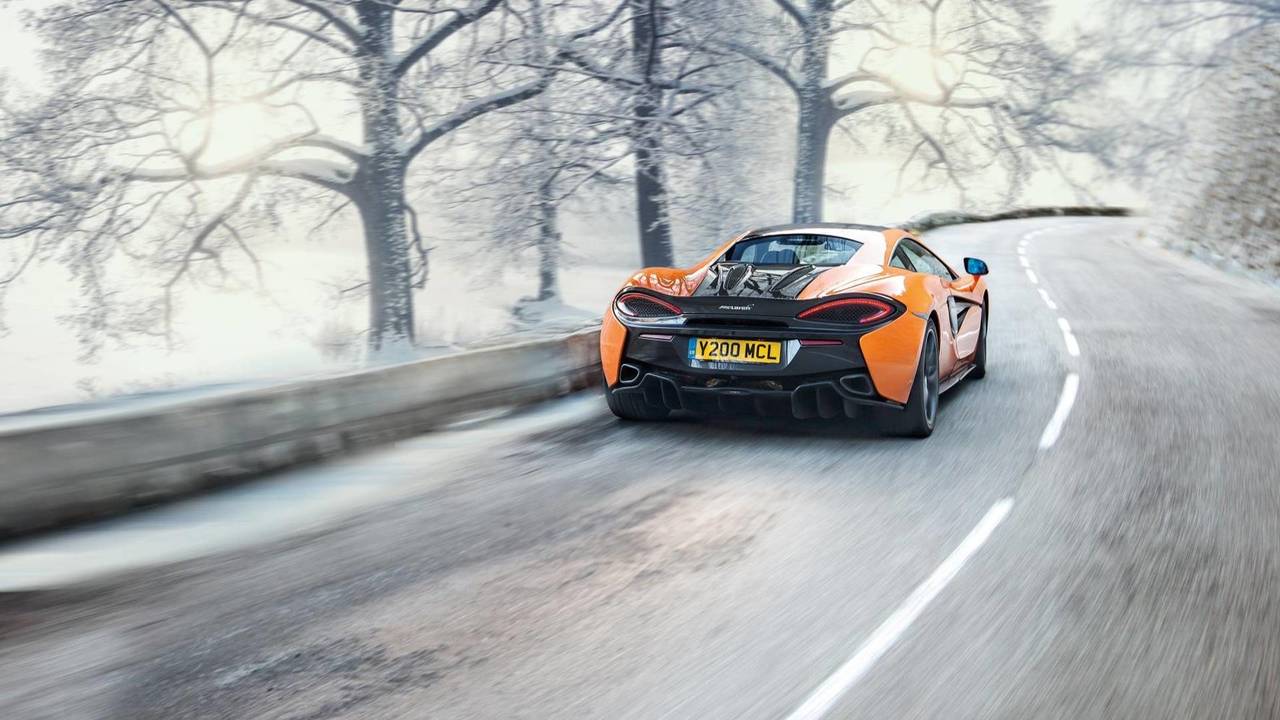 They've teamed up for a package developed for the Sports Series of cars.

McLaren has joined forces with Pirelli to deliver a new winter wheel and tyre package for the British manufacturer's Sports Series models.

Developed for the McLaren Sports Series – the 540C, 570S, 570GT and new 570S Spider – the set comes readily assembled, allowing owners to fit the tyres themselves for the winter months. Not only does it help when driving in the winter, but it also preseves 'summer' wheels and tyres, extending their life.

'Choosing the right type of tyre to suit seasonal weather and road conditions should be a priority for every McLaren driver wanting to enjoy their car safely all-year round,' said Carl Whipp, aftersales director at McLaren Automotive. 'Regardless of whether winter tyres are a legal requirement, having them ready and waiting on a second set of wheels will allow customers to switch to the optimum tyre choice quickly and easily when winter arrives – which is why we have teamed up with our tyre partner, Pirelli, to offer the McLaren Winter Wheels and Tyres set exclusively through McLaren retailers.'

Not all countries have a legal requirement to switch to winter tyres when the temperatures drop, but even so, it is something that is advised. The Pirelli MC Sottozero 3 tyres included in the package are branded with the ‘MC’, showing that they are designed specifically for McLaren and are optimised for use on the British brand's cars.

The tyres work well in both wet and dry conditions, and McLaren and Pirelli suggest using winter tyres when the ambient temperature drops below 7ºC. Using winter tyres improves braking distances in poor conditions too – in comparison with using summer tyres in the wrong conditions, Pirelli says the stopping distance of a McLaren Sports Series car is reduced by 10 percent in wet conditions and by up to 20 percent on snowy roads.

The McLaren Winter Wheels and Tyres set is available now from McLaren dealers in the UK, Europe and North America.