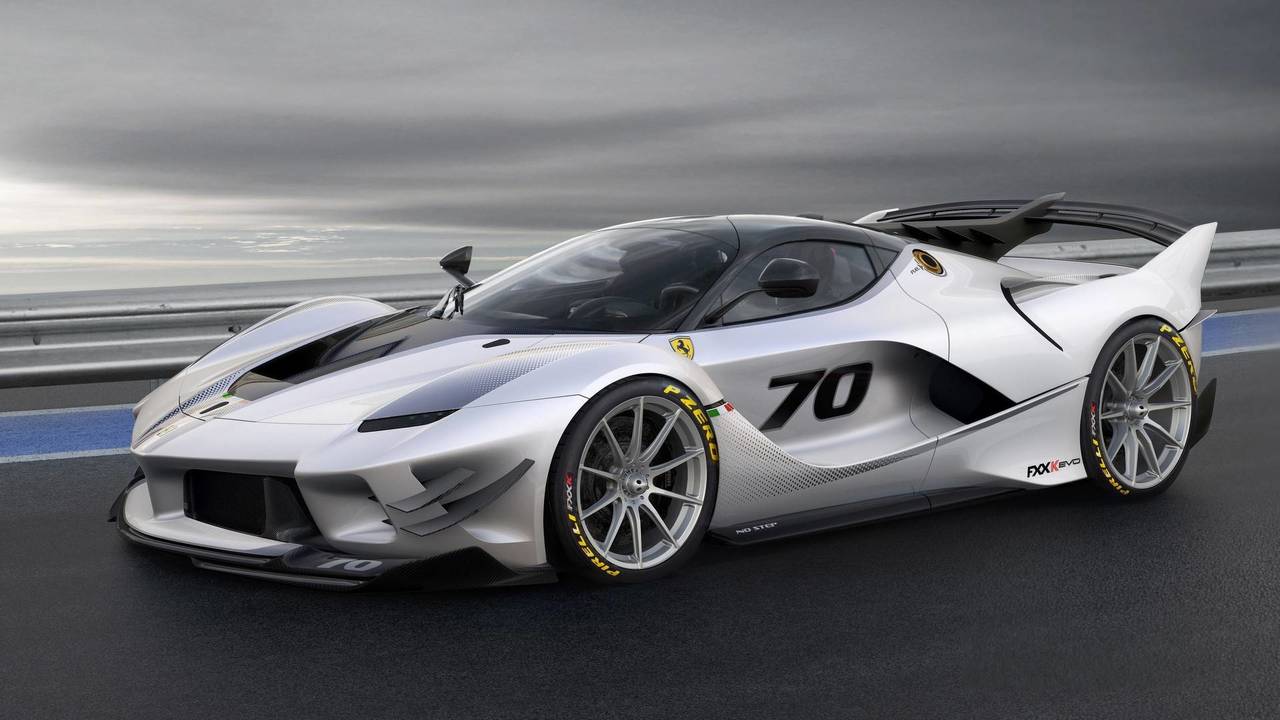 The Ferrari FXX-K Evo will make its UK debut at Autosport International in January as part of a display celebrating Ferrari's 70th anniversary.

The show, which runs from 11-14 January 2018 at the National Exhibition Centre in Birmingham, will showcase a number of Ferraris, with the 488 Challenge and 488 GTE already confirmed to be part of the special display.

The LaFerrari-based FXX-K represents the top of Ferrari's customer track car ladder, which begins with the 488 Challenge and goes all the way up to the exclusive high-performance XX prototypes, or even race-used F1 cars if that's your thing.

Unveiled at last month's Ferrari World Finals event in Italy, the FXX-K Evo is the latest creation for Ferrari's XX Programme, and this will be the first time any of Ferrari's XX cars have made an appearance outside of Italy prior to their on-track debut.

Revisions over the 'standard' FXX-K are mainly aerodynamic, with new front and rear bumpers, plus a fixed rear wing, producing 830kg of downforce — an increase of 23%. The track-only car is still powered by a 6.3-litre V12 and electric motor. Alone, the V12 puts out just under 850bhp and 553lb ft of torque with the electric motor adding another 187bhp to make the overall power figure 1,036bhp. It also produces over 664lb ft of torque in full-fat hybrid mode.

"The first time the Ferrari FXX-K Evo will be seen outside of Italy is at the NEC, Birmingham in January at Autosport International. The car is as close to stepping into some Formula One machinery and the show will be the perfect place to see it up close in the flesh," Autosport Media UK Editor-in-Chief, Andrew van de Burgt, said. "It is going to be a massive hit with petrolheads at the show!"

Tickets for Autosport International are on sale now at autosportinternational.com.