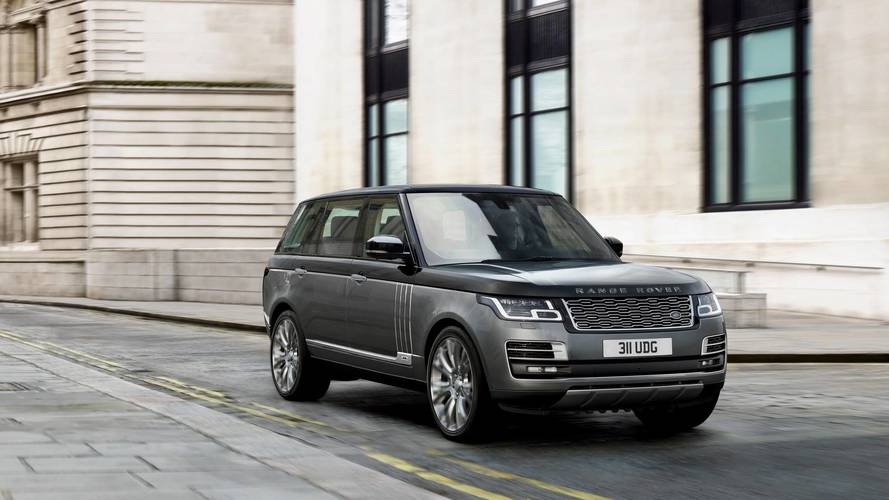 The SV Autobiography is the most luxurious Range Rover ever.

The covers have come off a new Range Rover this week, and it's the most luxurious offering of the car to date.

Unveiled ahead of its official reveal at the Los Angeles motor show this week, the new Range Rover SV Autobiography has a completely redesigned interior and an all-new hybrid powertrain.

Built on the already outstanding long-wheelbase Range Rover platform, the SV Autobiography has been developed by Jaguar Land Rover's Special Vehicle Operations division, which is more usually responsible for the company's high-performance options, but has been plying a nice sideline in tarting up Land Rovers to individual specifications. This one is more of a luxury limo rather than a track car, of course, but that doesn't mean there isn't serious power hiding under the bonnet.

While there are a number of powertrain options, like other Range Rovers, the pick of the crop is an advanced new plug-in hybrid version which can run on electric power for up to 31 miles. The electric motor is paired with an uprated 565bhp supercharged V8 petrol engine.

Among the toys on offer in the refitted cabin are power rear doors that close at the touch of a button. There are also soft-furnished airline-style reclining seats that offer over 1.2 metres of rear legroom. They've got a hot stone massage function and heated calf and foot rests – because what else do you want from a car?

Also for rear passengers is electrically deployable tables, and integrated 10-inch touchscreen entertainment screens that connect to the car's inbuilt 4G wifi. Plus, there's a concealed refrigerator between the rear seats that can hold two wine bottles or four 600ml bottles. Another luxurious touch is the addition of a Zenith clock in the rear centre console. The timepiece, inspired by the Elite 6150 watch, perfectly complements the finish on the start/stop button, gear selector and pedals up front.

The Range Rover SV Autobiography is a fine car, but all this luxury comes at a price. A high one. Order books open on 29 November, with prices starting at £167,850 – that's nearly £90,000 more than the Range Rover's starting price of £79,595. Well worth it though if you ask us – just make sure you have a driver on hand so that you can enjoy the car to its fullest.

Oh, and it may be a Range Rover, but don't expect people who buy this to be worried about any of that off-road nonsense, even though we know it will be more than capable.