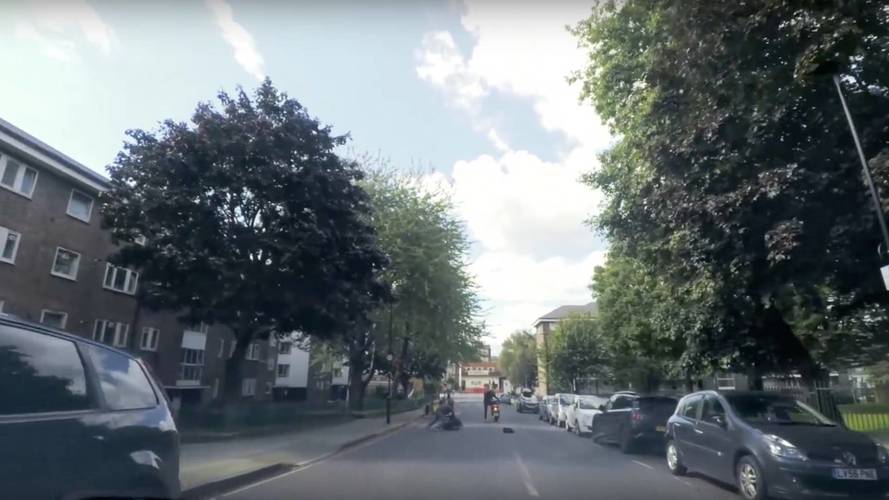 A London driver has captured the astonishing moment that scooter thieves drive along the pavement and steal a woman's handbag before driving off along the pavement. The woman is left dazed by the side of the road following the heartless attack.

As the scooter rejoins the road, a hero pedestrian can be seen emerging from the right-hand side of the road attempting to stop the brazen thieves. He manages to drag the pillion passenger off the back of the bike to the floor, where the bag is dropped into the road. The driver of the scooter appears to have second thoughts about whether or not to stay for his accomplice, but the two manage to escape empty-handed.

The driver of the car asks the passer-by if he's OK and says that he's going to find somewhere to pull over, before rather inexplicably driving up the road over the woman's handbag and missing a number of possible parking spaces.

The pedestrian reportedly said that he hadn't been able to keep the thief down on the floor for fear of being attacked himself. Scooter thieves are known to carry knives around the capital as they look for opportunistic moments to grab valuables from people walking along the pavement.