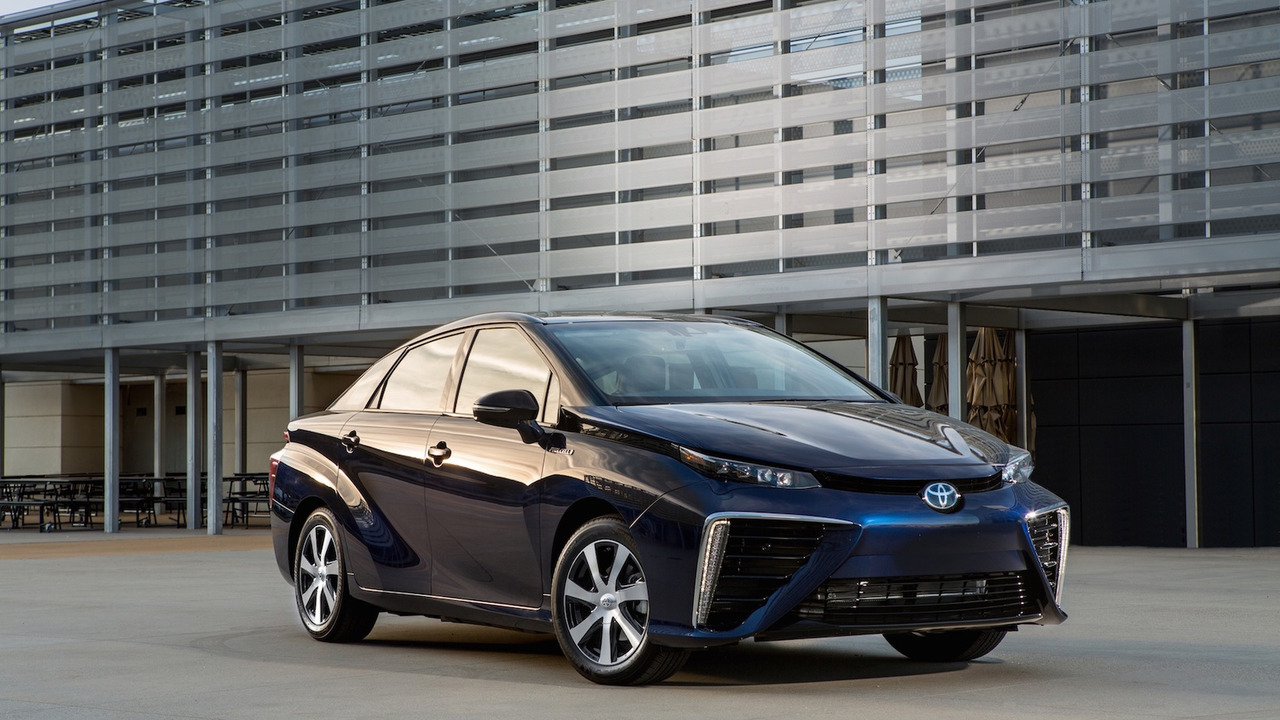 The hydrogen fuel cell car has been untroubled on the streets of London.

Toyota's futuristic Mirai hydrogen-powered car has just reached an impressive milestone. In partnership with private hire company Green Tomato Cars, one example of the Mirai has just clocked up its 50,000th mile on the streets of London. Green miles we might add, as the only thing the revolutionary fuel cell saloon emitted during each of those miles was water – enough to fill 93 domestic bath tubs.

'Over the past two years I’ve been driving on average 130 miles a day and estimate that I’ve driven around 50 passengers around London per week in this amazing car. That adds up to about 5,000 passenger Mirai experiences in total,' said driver Theo Ellis. 'The Mirai still feels like new and is a joy to drive, being easy to manoeuvre and providing smooth and reliable performance whatever the weather or road conditions.  It’s also been very quick to refuel, taking less than four minutes, and I typically get 300 miles from a full tank.'

After the landmark mile, the car was given a routine service by approved Toyota garage Currie Motors in Isleworth and it has quickly returned to the road.

The Toyota Mirai is one of the world's first readily available hydrogen fuel cell cars. It has been in production since 2015, with more than 3,000 being produced. While it is available in the UK and Europe, only 140 have been sold to date.

With hydrogen power yet to take off in the same way electric cars have, prices are high. The Mirai retails for around £50,000, and it is thought that Toyota makes a huge loss on each one sold. Nevertheless, many believe hydrogen power is the future – more so than plug-in electricity, and it's safe to say that Toyota has well and truly got a head start.

To find out more about Green Tomato Cars, visit greentomatocars.com.