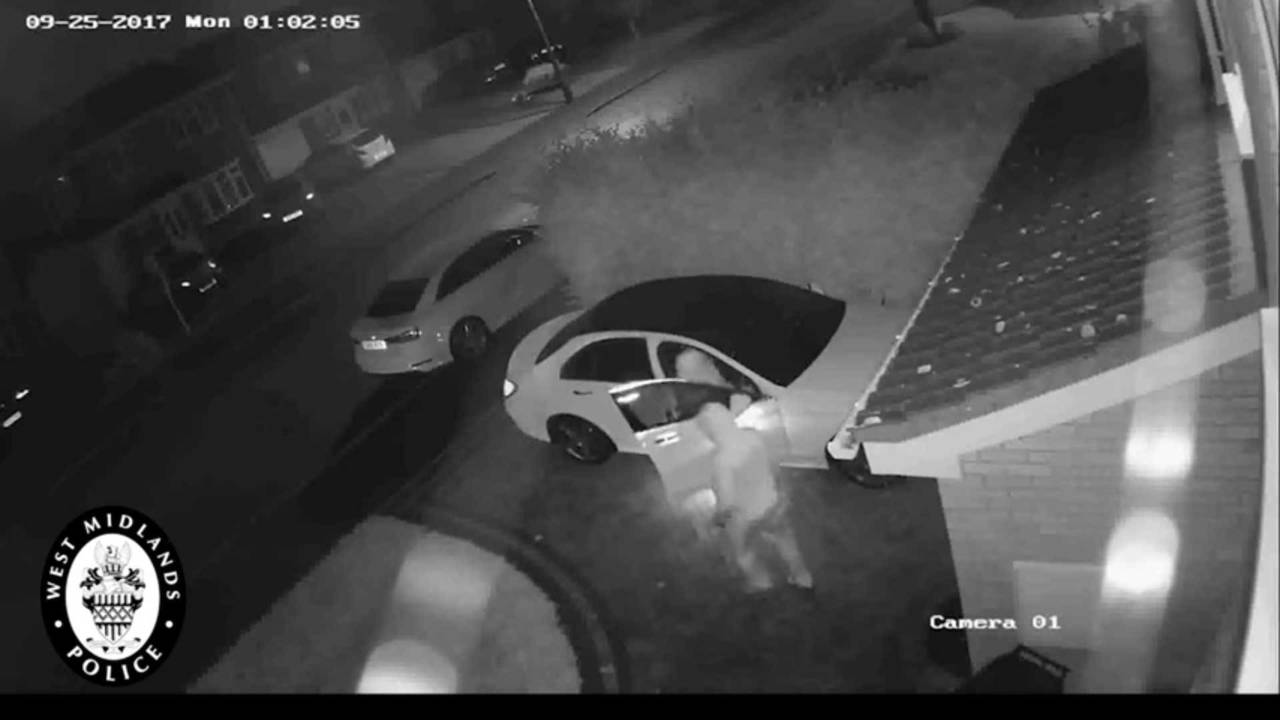 West Midlands Police has released footage (see the video at the bottom of the page) of two men stealing a Mercedes from a house in Elmdon, Solihull at an indicated 1am. They don't have the keys, and they don't break in, but they are able to take the car with barely any effort at all in just a matter of seconds.

Standing at the front door of the house they use electronic trickery to get a signal from the key in the house with a transmitting device that has likely been ordered off the internet. Then by replicating that signal using another box, the opportunistic thieves can easily open the door and drive away as if they have the keys on them. The crime is thought to be the first of its kind caught on camera.

'To protect against this type of theft, owners can use an additional tested and Thatcham-approved steering lock to cover the entire steering wheel,' Mark Silvester, from the West Midlands Police crime reduction team, said. 'We also recommend Thatcham-approved tracking solutions fitted to the vehicle.'

'It is always worth speaking to your main dealer, to ensure that your car has had all the latest software updates and talk through security concerns with them,' he added.

Police have also recommended keeping keys more than two metres away from outside walls and considering using RFID blockers to stop anyone trying to steal the signal from your key. Earlier this year a test in Germany showed 110 cars from 27 manufacturers could easily be hacked and stolen thanks to keyless technology.