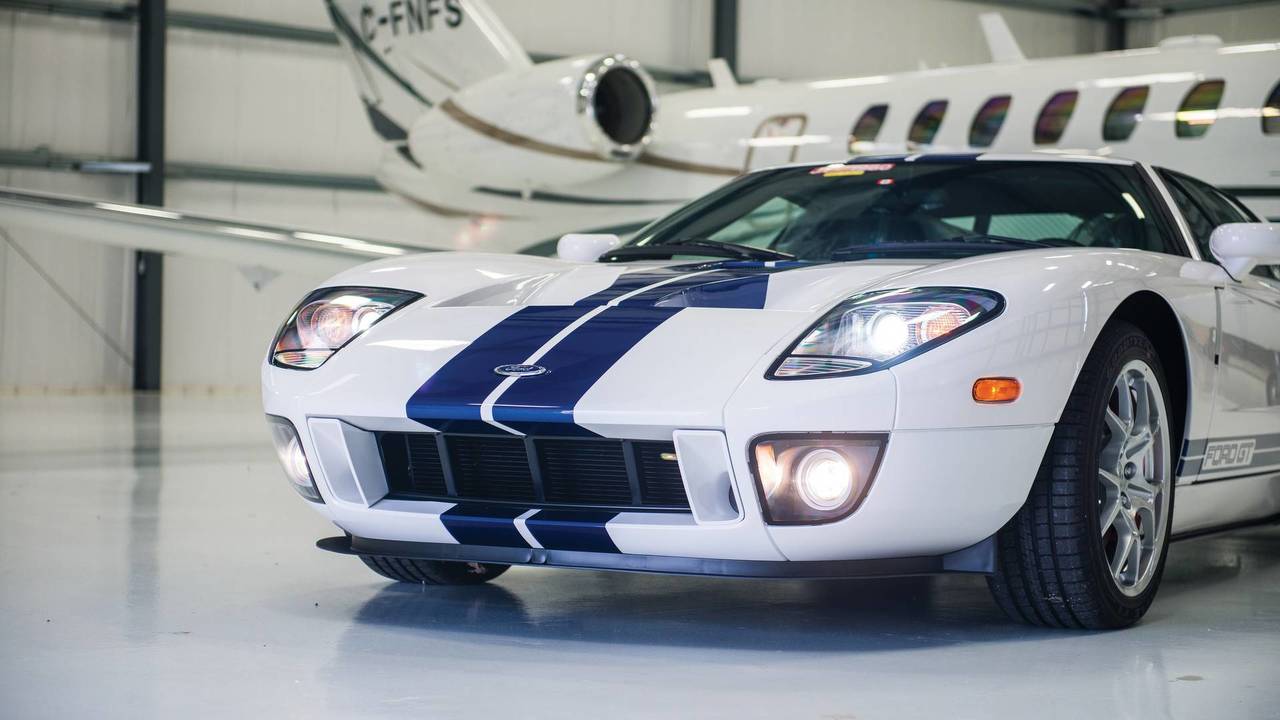 Did you miss out on the new Ford GT? Now's your chance to get one.

Are you still reeling from the disappointment of not being allocated one of Ford's new GTs? Well, worry no longer, because a brand new one is getting ready to cross the auction block.

By brand new, we actually mean 11 years old, but bear with us... The pristine white-with-blue-stripes example has a mere 10.8 miles on the clock, and the interior still has its protective plastic wrapping too. Some would see that as perfect preservation, others a crime.

RM Sotheby's will be dropping the hammer on the supercar at an auction in Fort Lauderdale, Florida next April. Pre-auction estimates currently sit at £225,000-£260,000, a bit low considering that back in 2006 it was retailing for around £112,000.

The car may be old enough to be starting secondary school, but the reimagined retro GT is still a competent performance car even today. Its 5.4-litre V8 packs 550bhp, and is apparently more economical than the 'Ecoboost' V6 engine that you'll find in the latest version of the Ford supercar. Top speed is at least 205mph, while the dash from standstill to 60 is handled in a brisk 3.3 seconds.

Ford produced 4,038 examples of the old Ford GT, more than double what the company is currently planning for the new car. Despite that, it is still a rare car, and if you want a bit of heavy-hitting performance from something wearing the blue oval, this could be the car for you.