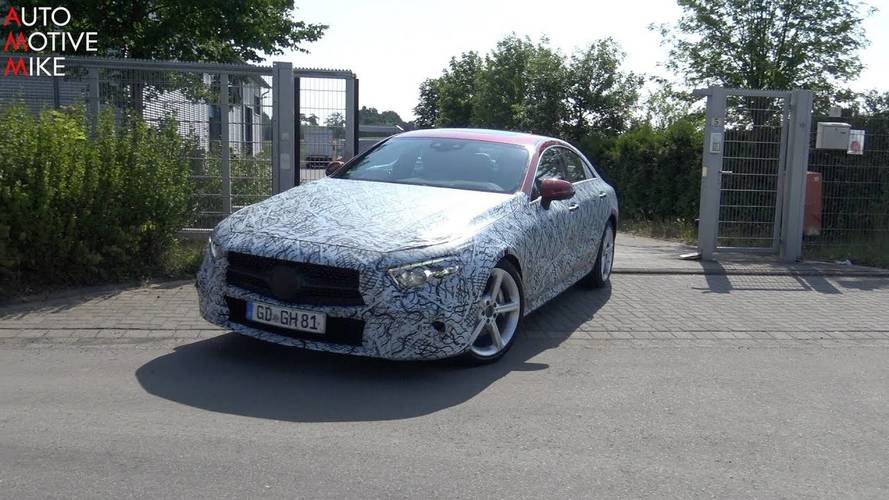 Five minutes worth of Nürburgring action to ease the wait until its LA debut later this week.

On Wednesday, Mercedes-Benz will finally take the wraps off the third-generation CLS at the 2017 Los Angeles motor show. Meanwhile, a near-production prototype was seen the other day while being pushed quite hard on the demanding Nürburgring circuit in west Germany to make sure the final version will be as nimble as possible despite being a luxury car first and foremost.

The teasers released so far by the company have shown some pretty big modifications are in order in terms of the exterior design compared with the outgoing model, which itself represented a significant departure from the original CLS. Even more changes will take place inside the cabin where the dashboard will be overhauled to accommodate a large dual display layout as seen on the E-Class. That’s not what you would call surprising considering the CLS is essentially a more expensive, sleeker derivative of the E.

For the first time ever in the CLS’s existence, the new arrival will be offered with three seats in the back, though the one in the middle will be mostly only be suitable for kids. This will be one of the features that will separate the CLS from the sportier four-seat-only Mercedes-AMG GT saloon.

Another difference between the two will be the fully fledged AMG version of the GT whereas the CLS will top out with a hybrid variant, but don’t expect to see it from day one. Lesser models will benefit from silky smooth inline-six cylinder petrol and diesel engines and there should also be a few four-cylinder units.

Once again slotting between the E-Class and the S-Class, the revamped CLS will go on sale at the beginning of 2018 and will receive its European debut at the Geneva motor show in March 2018. As for the shooting brake version of the car, it won’t live to see another generation due to a lack of demand.