Ferrari FXX Evo crash at Monza is painful to watch 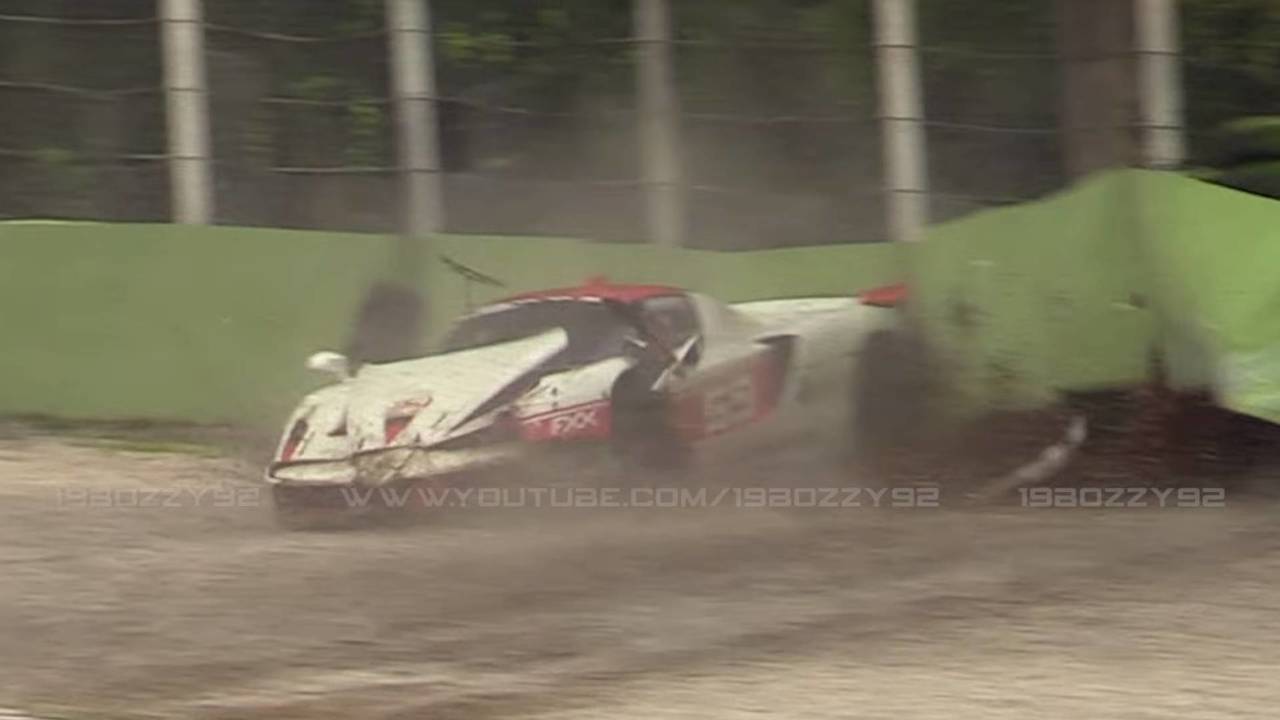 The driver's fine. The car? Not so much.

One of the best-sounding cars in the world has had a rather unfortunate encounter with the Monza tyre barriers at the famous north Italian circuit.

It seems that the track was damp that day and apparently the Ferrari FXX Evoluzione’s tyres were not up to the optimal temperature yet after the out lap. Coming at full throttle from the main straight, the driver pushed the brakes hard before the first chicane and locked up all four wheels. The rare and very expensive track machine spun off and the man behind the wheel suddenly became a passenger.

From that point forward, the FXX Evo had a mind of its own and slammed directly into the sausage kerb and lost its front-left wheel upon impact. It then crashed head-on into the tyre barriers before coming to a stop in the middle of the gravel trap. The images of the aftermath are not for the faint-hearted, but what matters the most is the driver managed to get out of the wreckage safe and sound.

Chances are the FXX Evo will see another day at some point in the future as most likely Ferrari will be able to get the track-only hypercar back into shape – most of that damage will buff right out.

The Enzo-based racing car is one of the only 29 ever made – plus one for Michael Schumacher – by the Maranello squad and this particular example is the Evo version with the naturally aspirated 6.2-litre V12 engine upgraded to 848bhp at 9,500rpm. The gearbox was also revised to reduce shifting times to only 60 milliseconds. For those brave enough, the Evo pack also enabled the possibility to turn off the traction control system completely, while modifications to the brakes and suspension were also made.

The FXX was succeeded by the 599XX, which also received the Evo treatment later in its life cycle. Ferrari’s latest range-topping track toy is the LaFerrari-based FXX K, with an Evo version (pictured at the bottom of the page) launched about a month ago.