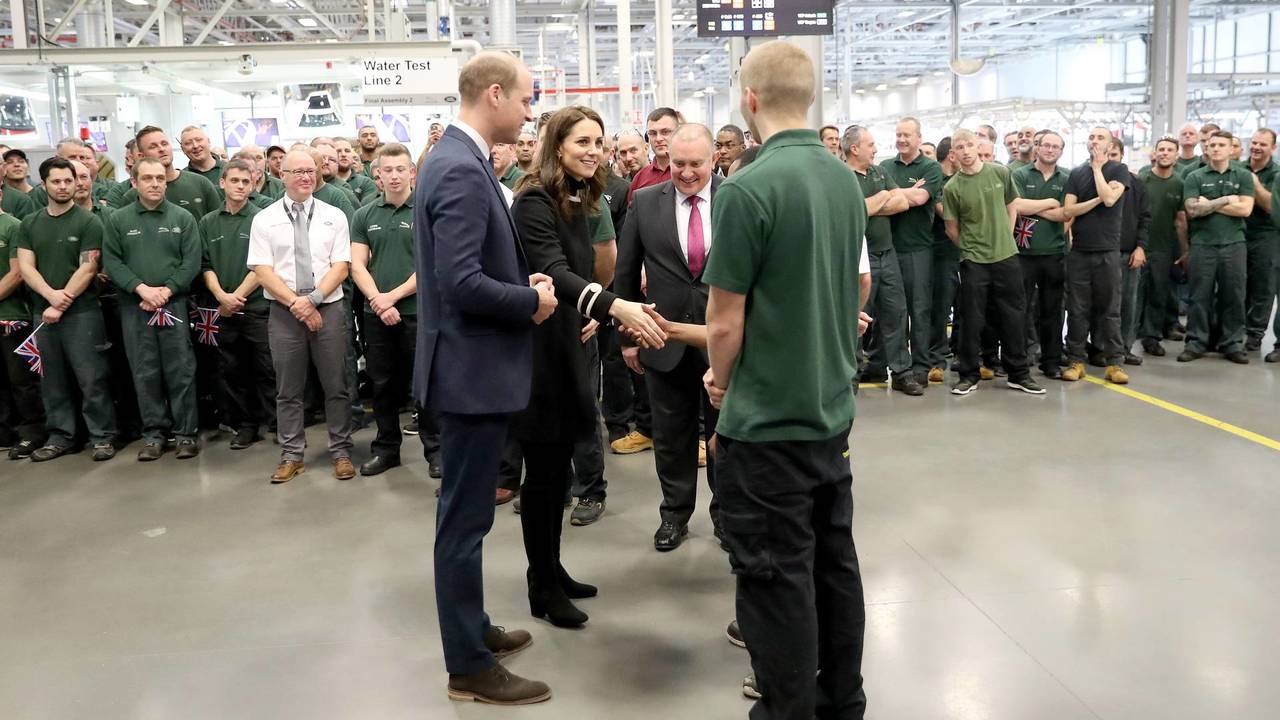 The Duke and Duchess of Cambridge were probably keen to check out the Isofix points on the F-Pace.

It seems Jose Mourinho's drop-in visit recently was merely a drill for the main event – this week Jaguar Land Rover received a couple of very special visitors to its Solihull manufacturing plant – the Duke and Duchess of Cambridge. The royal visitors cast their eyes over the £2.5bn investment made in the site which has more than doubled production and employment in the last decade. Or perhaps they're in the market for something a bit bigger for their growing family?

The duke and duchess watched on as staff completed the final checks on the Jaguar F-Pace and Range Rover Velar— the latest models to be introduced at the site. They also got a look at Jaguar's first all-electric offering, the Jaguar I-Pace concept and the Range Rover P400e plug-in hybrid, both of which are the first steps towards JLR's recent commitment to electrify its range by 2020.

'Showcasing the Solihull manufacturing plant to the Duke and Duchess of Cambridge was an honour,' said Jaguar Land Rover CEO, Ralf Speth. 'We are a proud British company with a passionate workforce and it was a privilege for everyone to be part of this very special visit.'

As well as visiting the production line, the royal pair also took part in a Land Rover off-road driving experience – good practice for when William inherits Balmoral in about 80 years.

At the same time, the company announced that it has set a new record for volunteering with more than 10,000 employees dedicating 120,000 hours to help worthwhile causes during their working hours – 20 of the volunteers met with the Cambridges and explained how they supported social, environmental and educational causes.

The duchess also met five children from a local primary school in Birmingham who won the Jaguar Primary Schools Challenge – an educational programme where children were tasked to research, design, manufacture, test, promote and race the fastest car possible, driven by compressed air.

As if the schedule wasn't packed enough, during the visit Jaguar Land Rover also furthered its support of Mountain Rescue England and Wales, with a team of mountain rescue volunteers familiarising themselves with the new Discovery, which will join its fleet of lifesaving vehicles. The duke is a patron of the charity, and was on hand to witness the handover.