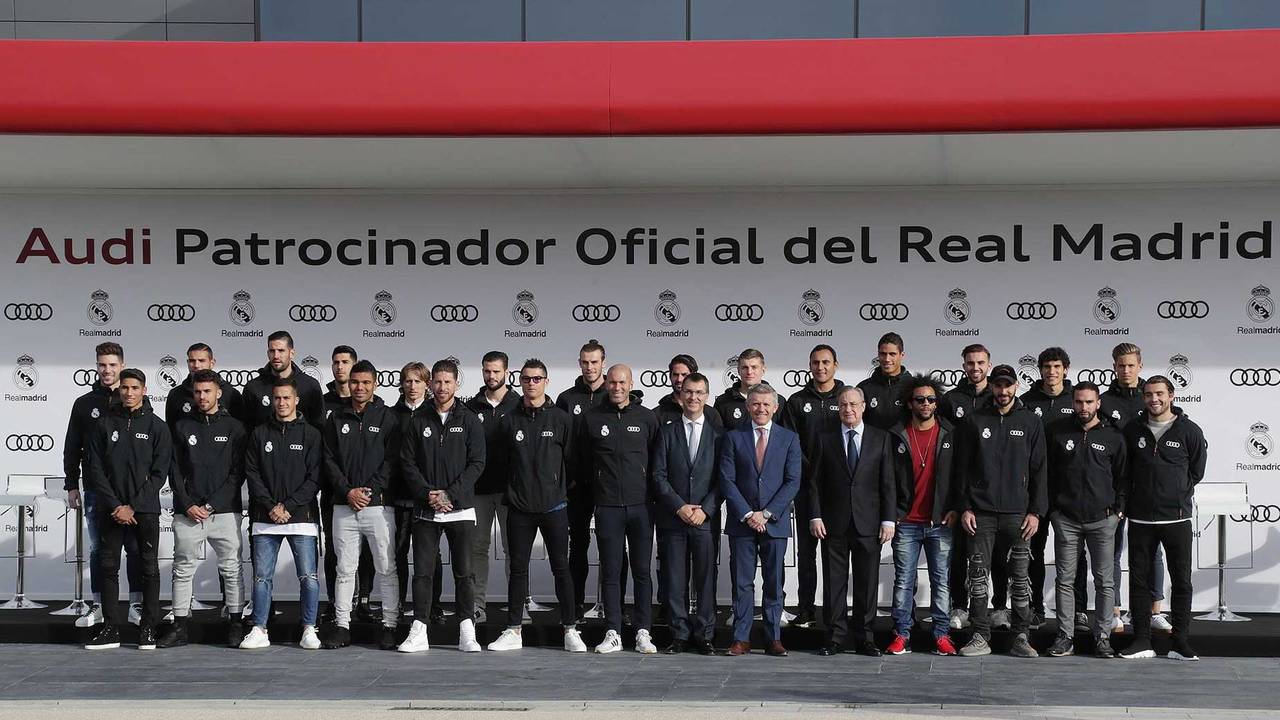 Perks of the job, eh?

Real Madrid sponsor Audi has given every player in the 12-times Champions League winners squad a free car at a special event at the club's basketball facility.

Every year the German manufacturer hosts an event where each one of the Madrid players gets their hands on a brand new set of wheels that they can use for the next 12 months, and the choices made by some may surprise you.

Footballers have a reputation for being flashy and having many supercars on their driveways. However, only one man in the 24-strong first team squad opted for a supercar. Captain Sergio Ramos collected the keys to a white Audi R8 Spyder, complete with black wheels (we like), and a red roof (not so much). Another footballing stereotype is that they all drive SUVs. That one is more justified, with 14 players choosing a variant of the Q7.

Arguably the most famous player on the team, Cristiano Ronaldo, went for an RS7 Sportback in Panther Black – a car with supercar performance, but room for a family too; ideal given that he's just welcomed his fourth child. Normally that'd set the three time Ballon d'Or winner back around £95,000, with change, not that he'd mind splashing out that kind of money on the four-door coupe given his history of Lamborghinis, Ferraris and Bugattis.

Manager Zinedine Zidane went for an equally classy choice, and our pick of the crop – an RS6 Avant Performance in Daytona Grey.

Understandably, three of the club's most important figures went for three of Audi's most expensive and powerful cars. Likewise, it was fringe player Marcos Asensio who opted for the cheapest option – a Glacier White S5 Coupe worth just short of £50,000.

Also in attendance at the event was Real Madrid president Florentino Perez, director of Audi Spain Guillermo Fadda and Francisco Pérez Botello, president of Volkswagen Spain. The two Volkswagen execs received personalised shirts, while Perez was presented with a steering wheel from Audi's Formula E challenger. Before the handover of the cars, the players took part in a Formula E simulator session, and even dressed the part, swapping their famous white shirts for Audi racing overalls.

Real Madrid isn't the only club that Audi supplies cars to – Bayern Munich also recently held a similar event in which players for the German team chose an Audi each. That time, the Q7 wasn't the most popular car, with that honour going to Zidane's vehicle of choice, the RS6 Avant. Audi also has partnerships with FC Barcelona, Hamburger SV, 1. FC Nürnberg and Hertha BSC.