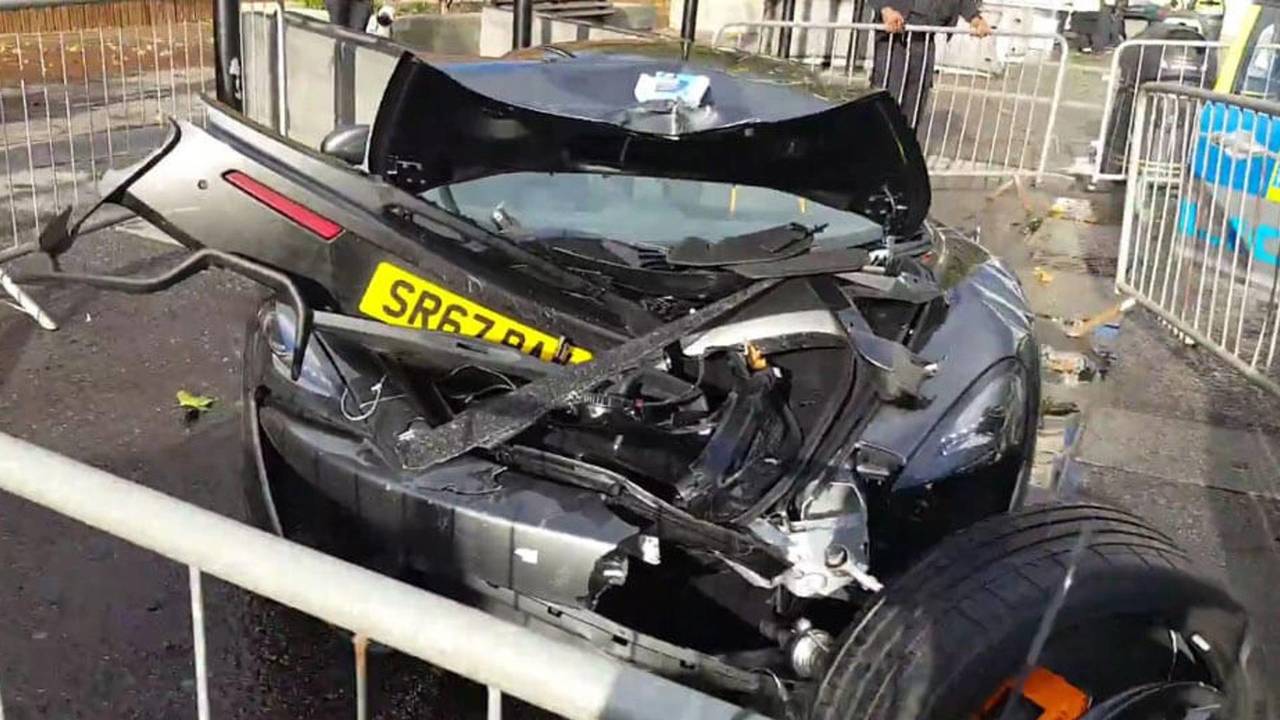 Sensitive content for those of a mechanically squeamish disposition.

Warning: This one isn't for the faint hearted.

A brand new McLaren has been destroyed after a heavy shunt in London, and no, this one most definitely won't buff out.

It's been two weeks since this 67-plate McLaren 570S took a hit in Central London, and we're still none-the-wiser as to what actually happened. What we do know, is the (former) McLaren is barely recognisable. The person who filmed the video was on a visit to London and came across the stricken McLaren behind police barriers. Indeed, you can see several police cars at the scene as he walks around the wreck.

The rear bumper has been rather unceremoniously stuffed in the front storage area with a load of other debris and damaged bodywork, with heavy damage visible front and rear and significant injury to the passenger-side door too. A missing wheel has been left at the front of the car, suggesting that whatever happened to the car was both extensive and traumatic.

Thankfully, the carbonfibre passenger cell has remained intact, so injuries to the occupants will have been minimal – you can catch a glimpse of airbag hanging out of the driver's side of the car as the video moves round the car. If rumours are to be believed, the car hit a pedestrian during its crash and the driver ran away from the scene of the accident. The Metropolitan Police haven't released any details about the crash, but we imagine it shouldn't take too long to track down whoever was behind the while.

It's not been a good time for supercars in the south of England recently. Just a few weeks ago, the one-of-a-kind Pagani Zonda PS was smashed after an incident near Goodwood in Surrey.