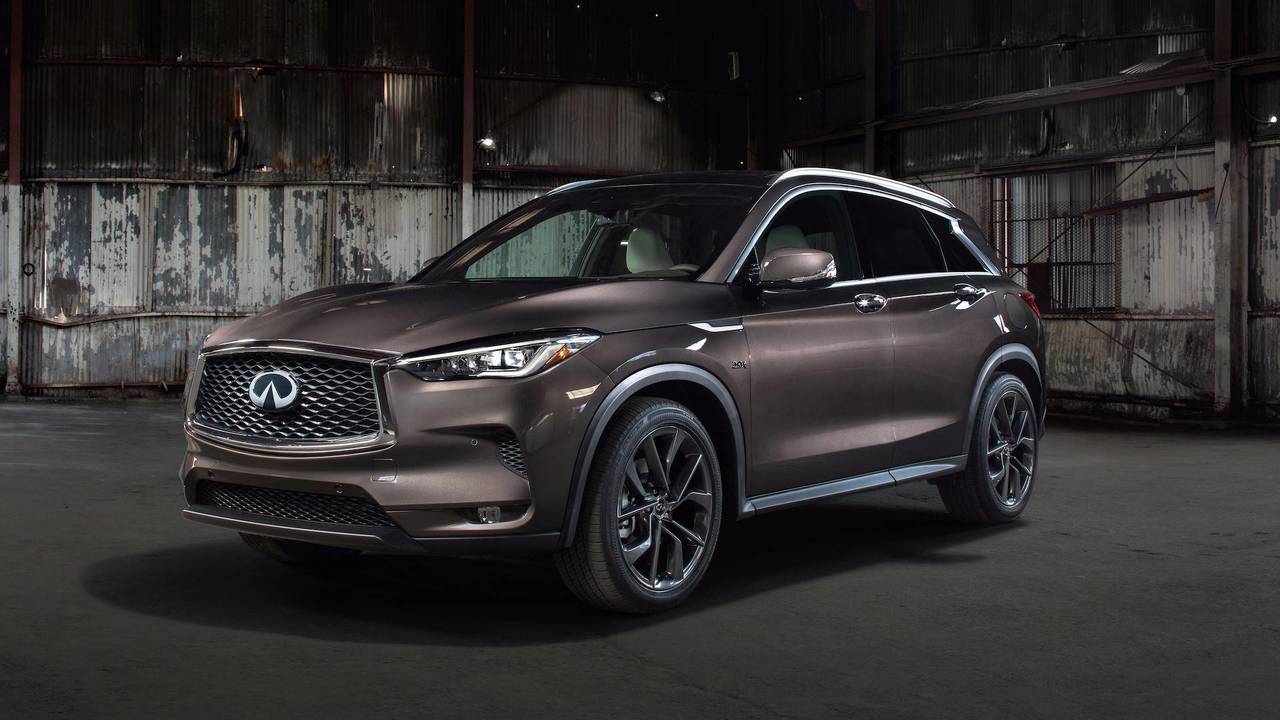 The covers have come off the Japanese premium brand's new SUV.

Infiniti has given us a first proper look at its new QX50 SUV ahead of its full reveal at the Los Angeles motor show next week. The car, Infiniti says, is 'designed to set a new level of refinement, rigidity and interior space in the segment'.

The QX50 is built on an entirely new platform and under the bonnet of the car is the world’s first production-ready variable compression ratio engine. The VC-Turbo unit, which was previewed initially in 2016, is what the company calls 'a breakthrough in combustion engine design', and we're inclined to agree. The 2-litre turbocharged unit is able to adjust its compression ratio to optimise both power and efficiency, giving it similar torque to a four-cylinder diesel engine.

The fancy new engine produces 268bhp and 280 lb ft of torque, which puts it up there with the best in the class. It will get the QX50 to 60mph from a standstill in a perky 6.3 seconds when equipped with all-wheel drive and Infiniti says the top speed is 143mph. The car front-wheel drive as standard, but the all-wheel-drive system is available as an option.

Infiniti claims the car offers a fresh interpretation on its existing 'distinctive' design language, but given we couldn't pull most Infinitis out of a police line-up we'll take a pass on that one. The company does say it has tried hard to use premium materials when putting the interior together – we've not seen any detailed pictures of it yet – so that's something to look forward to as well.

Infiniti is keen to point out that its QX50 is available with Nissan’s new ProPilot assist, where the QX50 will assist with acceleration, braking and steering input during motorway driving, all at the push of a button.

There's no word on pricing or availability just yet, but expect the new Infiniti QX50 to go on sale at some point early in 2018.