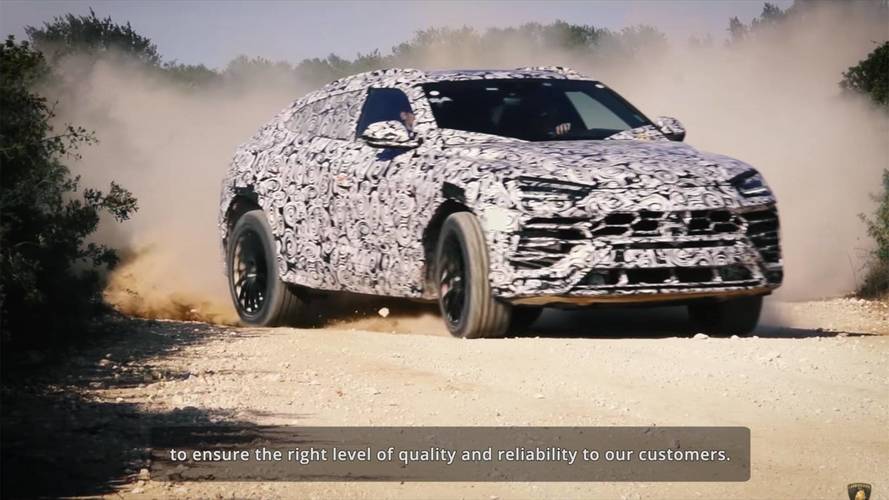 Cold weather and off-road evaluations were necessary because this is the Lambo you can take anywhere during any season.

Lamborghini takes on new challenges with the launch of the Urus. The brand has decades of experience building supercars that see light use on the road and generally in ideal weather. However, the Urus is a model that owners can drive everyday, and Lambo expects them to do so. In a new video, several of the company’s execs discuss making the high-performance SUV capable of handling these demands.

Lamborghini's quality control team worked with the engineers from the very beginning of the Urus’s creation. They also came up with a different pre-production testing procedure to match how owners would use the SUV. This process included more cold-weather and off-road evaluations than a Huracán or Aventador would ever have to go through.

The Italian automaker will officially reveal the new Urus on 4 December. Sales will begin in 2018 at a price around £150,000. Initially, power will come from a 650bhp 4-litre twin-turbo V8, and it’ll route through an all-wheel-drive system via an automatic gearbox. A hybrid version will reportedly come later.

Inside, a recent spy shot reveals that the Urus has a pair of touchscreens on the centre stack. One handles infotainment functions, and the other is for the heating and ventilation controls. The driver also gets a digital instrument display panel, including indications of the SUV’s tilt for off-roading. In addition, owners can tune the SUV to the conditions using the company’s Anima (Adaptive Network Intelligence Management) drive mode selector. The standard Strada, Sport, and Corsa settings will be similar to the Huracán and Aventador. Plus, off-road adventures will be easier with the Terra, Neve, and Sabbia selections for outings on dirt, snow, and sand respectively.