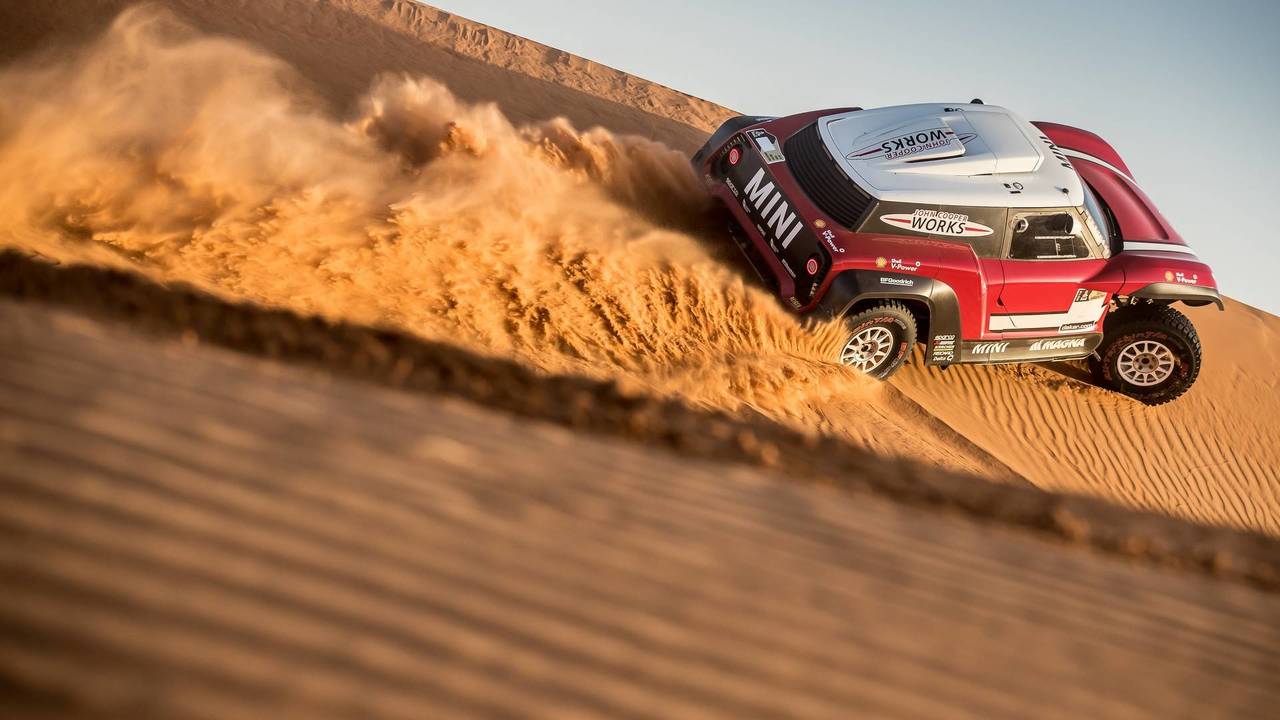 These crazy racing cars are not that mini.

The covers have come off a new (big) Mini buggy than will take on the daunting rally raid at the start of next year in the hands of the X-Raid team. The rear-wheel-drive car will join the four-wheel drive Mini John Cooper Works Rally that made its debut at this year's Dakar Rally, finishing sixth.

'With these two cars we have the most powerful Mini family that ever raced at the Dakar Rally,' said Sebastian Mackensen, Mini senior Vice president, at the presentation of the new car in Paris.

The reason why Mini and X-Raid have put together this new wild creation to race alongside their more traditional rally-raid vehicle is to maximise their chances across multiple classes of the event. Currently the rules for the event, which will start on 6 January in Lima, Peru, favour rear-wheel-drive vehicles such as those used by Peugeot. Putting together a second, radically different car has been described by X-raid team boss Sven Quandt as 'the biggest project in [our] company’s history'.

The buggy will certainly be no slouch. Powered by the same BMW-derived 3-litre inline 6-cylinder diesel engine that is found in the Mini John Cooper Works Rally, it puts out 340bhp and 590lb ft of torque. The buggy also incorporates all-new turbo technology, as well as a specially developed drivetrain and chassis.

It's already undertaken an extreme testing programme, that has taken it to many locations across the globe, including Morocco, and early signs have been positive. 'During this time the buggy never had to stop once due to a technical problem, which is really quite remarkable,' said Quandt.

However, Quandt is keen for the team's other car, the all-wheel-drive Mini, to not be forgotten.

'Despite all the euphoria, we must definitely not forget the Mini John Cooper Works Rally,' he said. 'There are tracks and types of terrain where an all-wheel drive has advantages. What is more, our car is extremely reliable.'