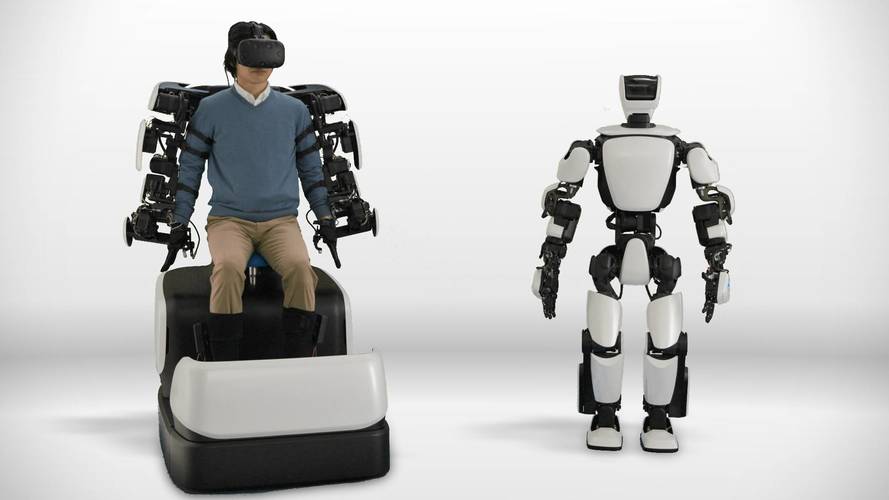 Toyota has revealed a new humanoid robot that has been designed to assist humans in a multitude of inhospitable or challenging environments – including outer space.

The human-controlled machine, named T-HR3, is a technical study, designed to showcase new technology for managing human interaction with robots, as well as a new remote manoeuvring system.

Cameras in the robot’s head send the images they see to a headset worn by the operator, who can then operate the robot using a wearable control system called the Master Manoeuvring System.

By moving his or her arms, the operator can move the corresponding limbs on the robot, while a master foot allows the operator to ‘walk on the spot’ to move the robot forwards, backwards, or from side to side. The set-up is designed so that the robot and user will not disrupt each other’s movements, but a force feedback system relays any forces or resistance exerted on the robot to the operator.

According to Toyota, the machine is designed to ‘provide safe assistance in environments ranging from the home and hospitals to disaster zones and even outer space’. The T-HR3 robot will go on show at the International Robot Exhibition 2017, which takes place in Tokyo between 29 November and 2 December.

‘The Partner Robot team members are committed to using the technology in T-HR3 to develop friendly and helpful robots that coexist with humans and assist them in their daily lives,’ said Akifumi Tamaoki, the general manager of Toyota’s partner robot division. ‘Looking ahead, the core technologies developed for this platform will help inform and advance the future development of robots to provide ever-better mobility for all.’

Check out the robot in the video below – and no need to adjust your television set, he does start off rather quiet.