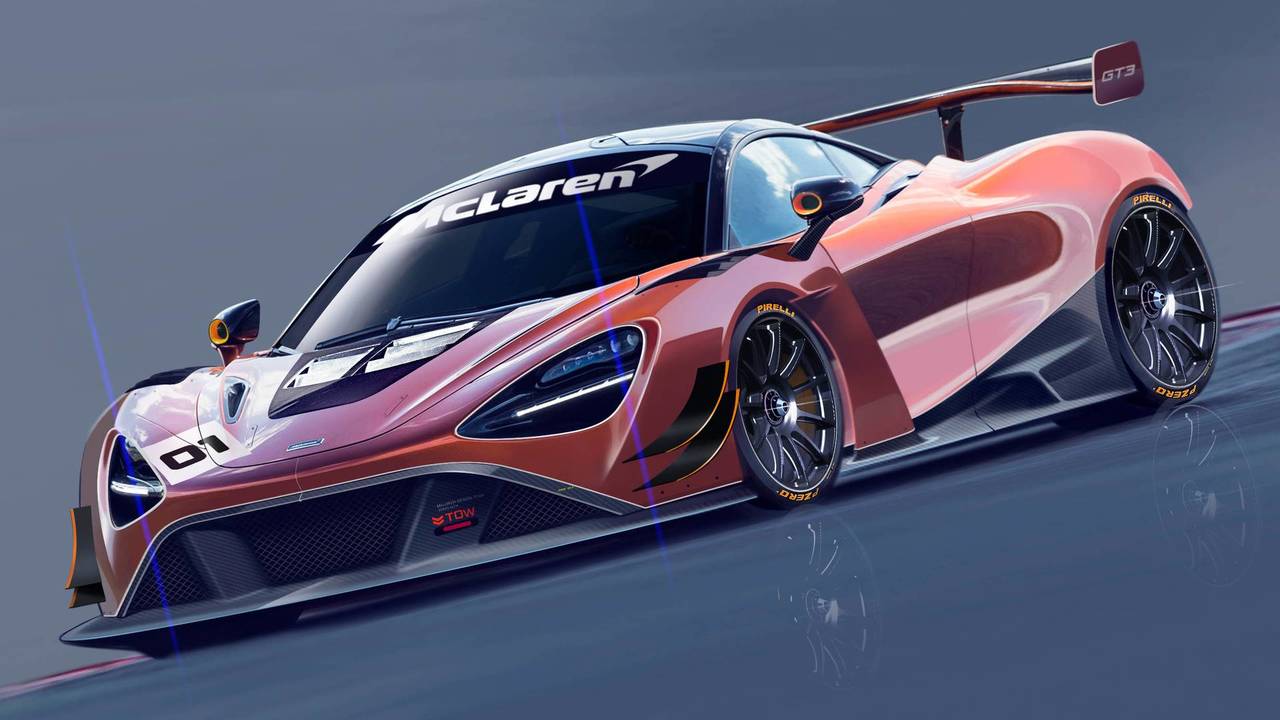 McLaren adds to its 570S GT4 with new flagship racer.

McLaren has revealed a first glimpse of its new 720S GT3 racing car, which will replace the firm’s successful 650S GT3 and add to the current one-car racing range of 570S GT4, adding choice for motorsport clients.

The previous car, the 650S GT3 won at both the Bathurst 12 Hour race and Blancpain Endurance Cup as well as coming first in other races around the world.

The 720S GT3 will be made available to customer racing teams for 2019 following factory test outings towards the end of 2018. McLaren says that we can expect to see the new car make its race debut at the latter end of next year’s racing season.

McLaren’s head of sales and marketing, Jolyon Nash, introduce the images of the car at McLaren’s Woking headquarters, saying ‘we’re going to take everything we’ve learned from our previous racing cars and we’re teaming it with a great road car.’

The new 720S GT3 racing car will be powered by a race-prepared version of the company’s 4-litre, twin-turbo V8 M840T engine, with power being transferred to the race track through a six-speed, sequential motorsport transmission.

The aerodynamically-optimised bodywork of the 720S GT3 will be formed from both composite and lightweight carbonfibre, with a bespoke aero package that has been developed for the car. Finally, McLaren says that the suspension will comprise tried and tested adjustable dampers and coil-over springs, front and rear.

McLaren CEO Mike Flewitt said: ‘The 720S GT3 will provide a stunning race-going addition to our Super Series product family and drivers will now be able to hone their skills under expert guidance backed-up by our technicians at the circuit and our motorsport retailers away from it.’

The British sports car manufacturer announced a series of 10 motorsport retailers worldwide, saying that existing dealerships would be upgraded to sell the company’s motorsport range and offer support for existing cars. In Europe, the first two locations will be in Glasgow and Zurich, but McLaren says it will open more motorsport retailers in due course.

The company also took the opportunity to announce a new customer race series for buyers of its exclusive cars, with six rounds taking place in 2018 at famous F1 race tracks. McLaren will prepare and run the 570S GT4 cars itself with a first test at Silverstone in March.