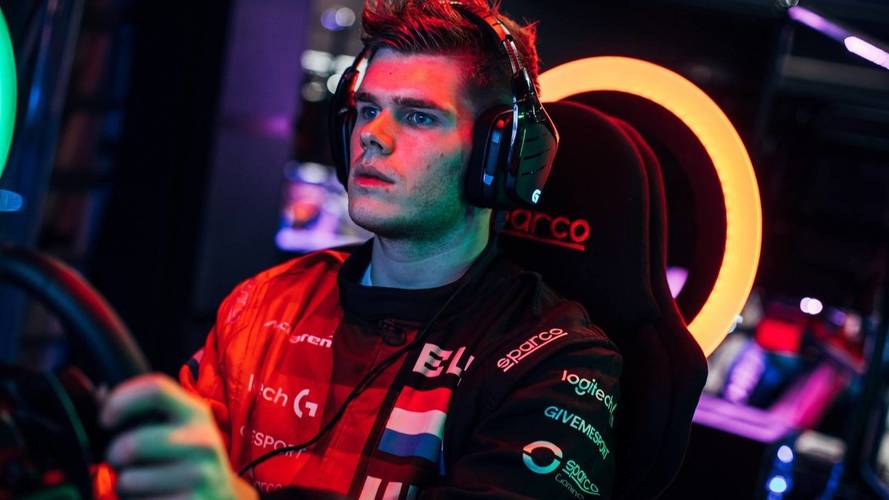 McLaren has found the world's fastest virtual racing driver after a worldwide competition. Dutch former karting champion Rudy van Buren beat his compatriot Freek Schothorst in the final round of the contest, a four-hour assessment on McLaren’s F1 simulator.

Van Buren, 25, who was a Dutch karting champion back in 2003 but now works as a sales manager in the Netherlands, will become one of the F1 team’s official simulator drivers for 2018. 'Every boy that starts karting dreams about F1, and at a certain point that dream just vanishes,' said van Buren. 'Now by winning World’s Fastest Gamer, I can relive that dream.

'This has been the most incredible experience and words can’t describe how I feel right now. To think that I came to the McLaren Technology Centre for the very first time last week but am leaving here today as McLaren’s newest employee is mind-blowing.'

McLaren launched the radical competition earlier this year in conjunction with gaming company Logitech, former Nissan GT Academy head Darren Cox, media platform GiveMeSport and racewear manufacturer Sparco. More than 30,000 contestants entered to try and win the prize when the competition began in May, with qualifying heats taking place to narrow the field down to 12.

These were invited to McLaren’s Woking base for a final week of tests utilising circuits like Indianapolis, Suzuka and Interlagos, and even faced a day-long race distance around the Le Mans 24 Hours’ Circuit de la Sarthe. The leading dozen were whittled down to six, then three, then two for the grand final, with van Buren triumphing in a test of 'speed, engineering know-how and the ability to develop, refine and engineer an F1 car'.

Ben Payne, director of eSports at McLaren, said it had been an 'outstanding success', and claimed 'more than 10 million people' had followed the competition. He added: 'We’ve demonstrated the real value of esports within F1. The competition has inspired everyone at McLaren to work even harder next year to ensure that this competition becomes bigger and better. We are already working to consolidate and improve World’s Fastest Gamer’s position as the pre-eminent virtual racing competition in the world.'