Mercedes to introduce a new range of electric vans 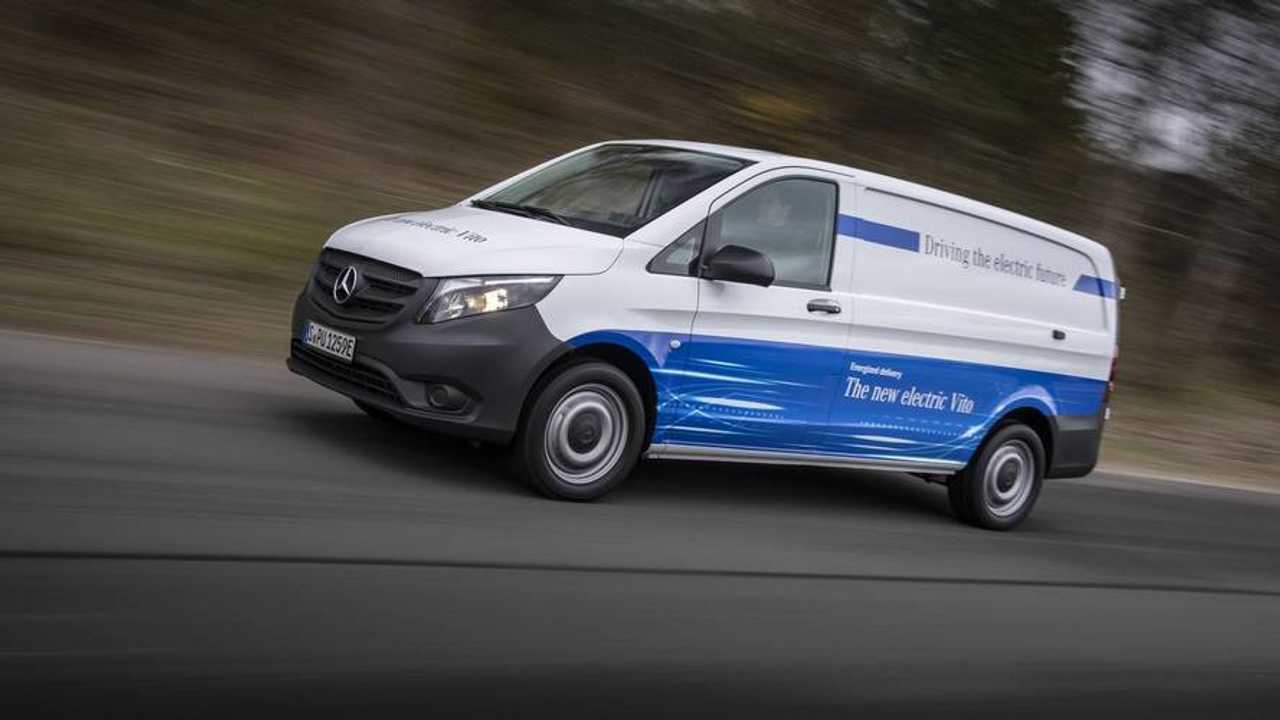 The eVito is the first one and it arrives in 2018.

Starting from next year, Mercedes will start to offer its range of commercial vehicles with electric options. The first Mercedes van to get an electric overhaul will be the mid-size Vito, which will be rather predictably be called the eVito. Following the launch of that, further electric vans will follow in 2019.

The eVito will have a range of approximately 93 miles thanks to its 41.4kWh battery pack. With a full load, that range is likely to be closer to 62 miles. Full charge can be reached in approximately six hours and that'll give the van 112bhp and up to 221lb ft of torque. That power propels the vehicle to a top speed of 75mph, although a power-conserving mode for city and urban driving will limit the top output to 50mph.

Some more van-specific numbers for you – the maximum payload is over a tonne (1,073kg) and the maximum load volume is 6.6 square metres. The large load area is helped by the battery being beneath the floor, creating an unrestricted load space. The smartly-placed battery may help improve the load space, but the fact there is a battery doesn't really help the weight of the vehicle. That stands at a massive 3,200kg.

As far as pricing is concerned, we don't don't how much it's going to cost, although we know that it'll cost more than the diesel Vito – Mercedes has confirmed that much. They say though that the higher purchase price will be offset by lower energy and maintenance costs, as well as tax savings, meaning that it 'stands on an equal footing with the diesel-powered Vito'. It will also cost less to run over the vehicle's lifetime than its combustion engine-powered equivalent.

Mercedes also says that the rapid development of electric vehicles means that the benefits from them will be returned faster than conventional combustion engines, offering distinct commercial and environmental benefits.