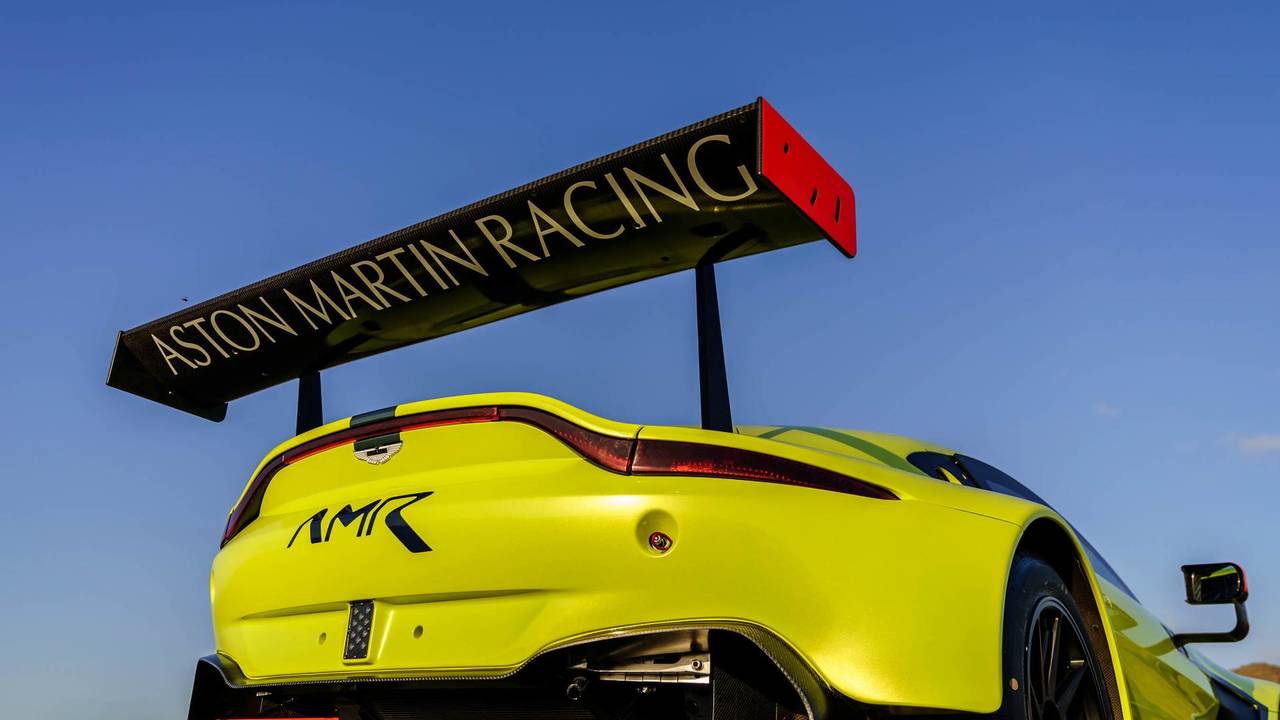 We’ve already seen Aston Martin’s new Vantage that was revealed earlier today, but the British car maker’s racing division has just revealed the racing version of the car at a special event in London.

The Vantage GTE will take part in the FIA World Endurance Championship, replacing the company’s most successful competition car of all time, the Le Mans-winning V8 Vantage GTE.

Built to comply with the FIA’s strict GTE class regulations, Aston Martin says that the new Vantage GTE takes the road car’s core design and dynamic capabilities to a ‘whole new level’ thanks to extensive reworking of the powertrain, chassis and aerodynamics. Aston has kept the basic architecture of the road car, including the 4-litre turbocharged V8 engine that’s been sourced from Mercedes.

The Vantage GTE was designed and engineered in-house at Aston Martin Racing’s headquarters in Banbury, led by the team’s technical director Dan Sayers. ‘Designing and developing this new car has been an extremely satisfying process,’ said Sayers. ‘We’ve collaborated closely with Aston Martin’s Gaydon headquarters to develop the road and race cars in parallel.

‘Attention to detail has been a priority at every step of this process and we’ve made big improvements in each area of the car. We’ve spent every second optimising the design right until the build of our test car. This project has been one of the most intensive but also rewarding of my career so far.’

It might have just taken the wraps off the car, but Aston Martin has already been busy testing the new racer, with more than 8,000 miles of endurance testing completed. Programmes included a durability programme at the notoriously tough Sebring circuit in Florida and a 30-hour run at the Navarra circuit in Spain.

The driver line-up remains largely unchanged – Darren Turner and Jonny Adam have been on-hand to test the car and will race it in 2018 along with Nicki Thiim, Marco Sørensen and Formula E racer Alex Lynn. Aston Martin says that further driver announcements will be made ahead of next season.