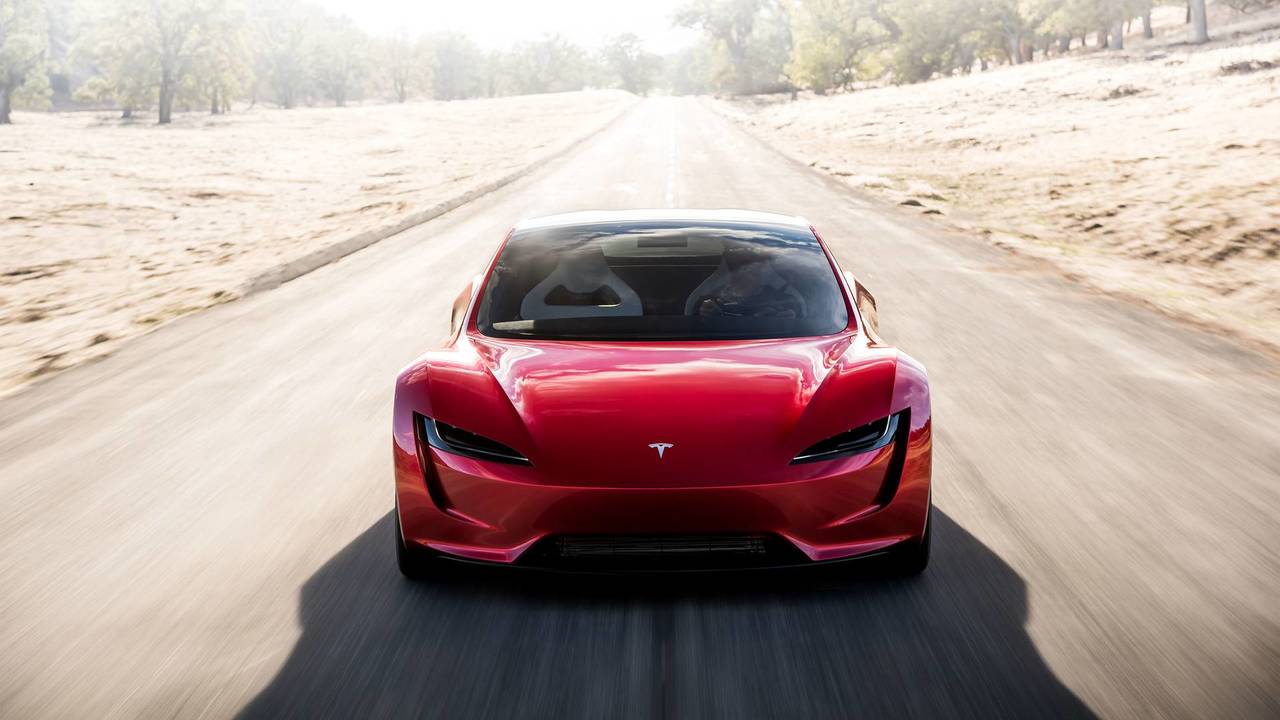 We'll have seen about everything when we see a Tesla fly.

Technological genius, evil genius, or just plain nutcase – Elon Musk is a polarising figure, but there's no denying his drive and ambition. His latest claim, however, has to be one of his most bizarre yet.

Last week, Musk's Tesla unveiled a new semi-truck. However, the focus of that announcement quickly switched to the company's new Roadster, which was surprisingly revealed at the same time. The cool looking sports car (which by definition isn't exactly a 'roadster') has been rumoured for quite some time, but the follow-up to Tesla's 2008 debut album came with performance figures that left us wondering if it was actually a spaceship, and not a car.

That silly thought might not be so far fetched though, because in a recent post on Twitter, Musk revealed that the new Roadster could indeed fly... with a few tweaks.

Yep, Elon Musk has now publicly said his soon-to-be released, mass-produced sports car, may be able to fly. Revealing that the Roadster presented last week was in fact a 'base model', Musk quipped that 'maybe' a flying upgrade pack could be released for the car later down the line. It's worth mentioning that Tesla themselves haven't confirmed whether a flying version of the 250mph car that can reach sixty in a 'conservative' 1.9 seconds will be available.

Of course, Tesla's biggest obstacle in making a flying Roadster will be legislation. We're barely able to have autonomous cars let off the leash, let alone cars that can fly. Maybe this is one for years to come. Many years to come.

Perhaps fixing the production issues and incredibly bleak financial losses faced by the company might be a good idea too, before they start developing real-life Star Wars vehicles.