Ford is helping the boys in (red, white and) blue go green 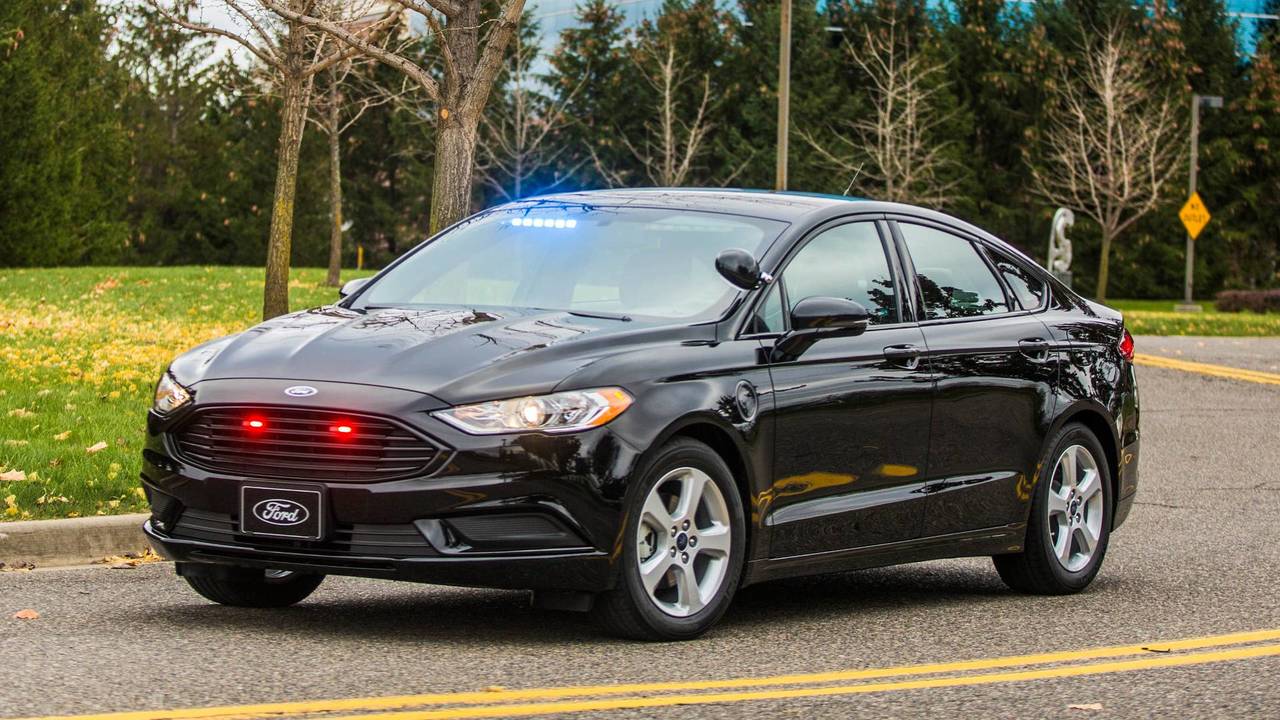 Ford's latest police car has been made with the environment in mind.

Ford is set to introduce a new hybrid police car in the US in 2018, helping the boys in blue to go green. The snappily-titled Special Service Plug-In Hybrid Sedan is based on the company's Fusion saloon (that's Mondeo between you and us), and will be powered by a petrol engine that is assisted by a 7.6kWh battery that can charge in two and a half hours using a 240V charger.

In electric-only mode, it will go as far as 21 miles and reach a top speed of 85mph, and under combined petrol and electric propulsion, its range will be around the 550-mile mark. It will also return a solid 46mpg on a combined cycle, much better than Ford's Taurus and Explorer Police Interceptors that can only manage 22mpg and 20mpg respectively.

Also, unlike the readily available interceptors, the hybrid won't be 'pursuit rated', meaning that if you were planning a Hollywood escape in a Prius, you'll have to invest in something a little quicker. Instead, Ford intends for this new car to be used by police and fire chiefs, detectives, and other government personnel.

Make no mistake though, Ford's new hybrid is very much a police car, and is fitted with heavy-duty cloth front seats with reduced bolsters, rear anti-stab plates, vinyl rear seating and flooring, a reinforced top tray for mounting equipment, a metal console mounting plate, red and white task lighting in the overhead console, police engine-idle feature, unique alloy wheels and an auxiliary power distribution box in the boot as standard.

Like the civilian Fusion and Mondeo, it can also be specified with a whole host of optional extras, including a driver spot lamp, a storage vault in the boot, a ventilation system, a rear door-control disabling feature, and a dark car feature that turns off all interior lighting, including the dash, for surveillance.

Ford is expecting to make the car available for law enforcement agencies across the US by next summer. We don't know how much it's going to be because like you, we won't be allowed to buy one.