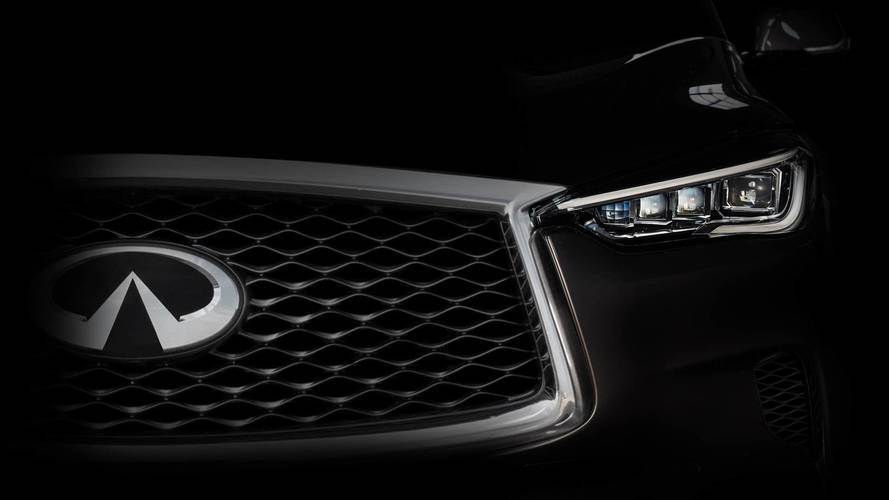 Could it be the company is going to reveal its new QX50 SUV?

Infiniti has released a first teaser image of the new car it plans to unveil at the Los Angeles motor show on 27 November – the Japanese premium car maker says its new car will offer 'stand-out design, world-first technologies and class-leading interior space'. It also says that the new model will show a fresh take on its current design language, so that's something to look forward to.

We reckon that the car has got to be the company's new QX50 SUV – we first spotted the QX50 SUV out testing earlier this year in Europe, but it was very heavily disguised – hopefully by the time the Los Angeles show comes around it will have slightly fewer bin bags attached to it.

One particularly exciting feature of the new car (if you're that way inclined) is going to be Infiniti's new 2-litre turbocharged petrol engine with variable compression. It can change the length of the piston stroke to alter the characteristics of the engine's performance between performance and economy – a real treat. Our spies tell us it will produce 268bhp and 288lb ft torque.

We thought the car might be revealed at the Frankfurt motor show in September, but that didn't turn out to be the case – still, it hasn't been too long a wait between September and the end of November. What's a couple of months between friends?

Infiniti is the premium brand of Japanese car maker Nissan, and with a promotional deal in place with F1 team Red Bull over the last few years it has tried to establish a more solid position in the UK, without much success. Could the QX50 be the car that turns things around for the company? Keep checking back at uk.motor1.com for all the latest news on the QX50 and the Los Angeles motor show. 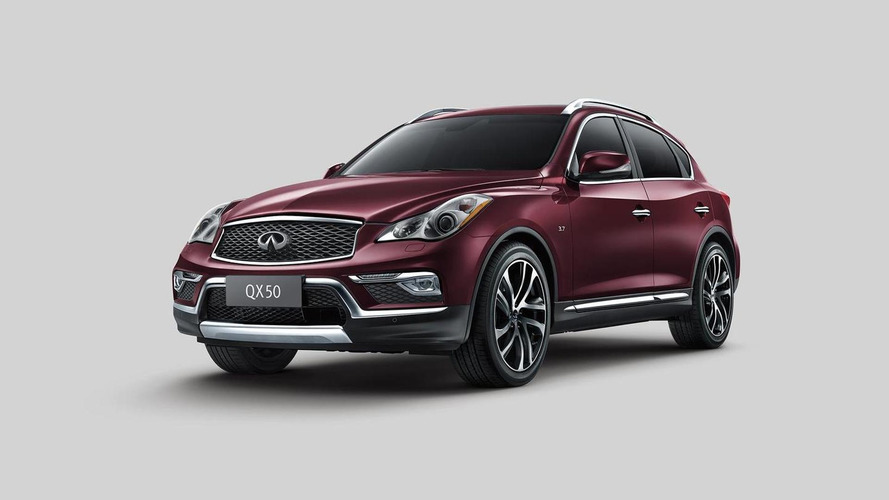