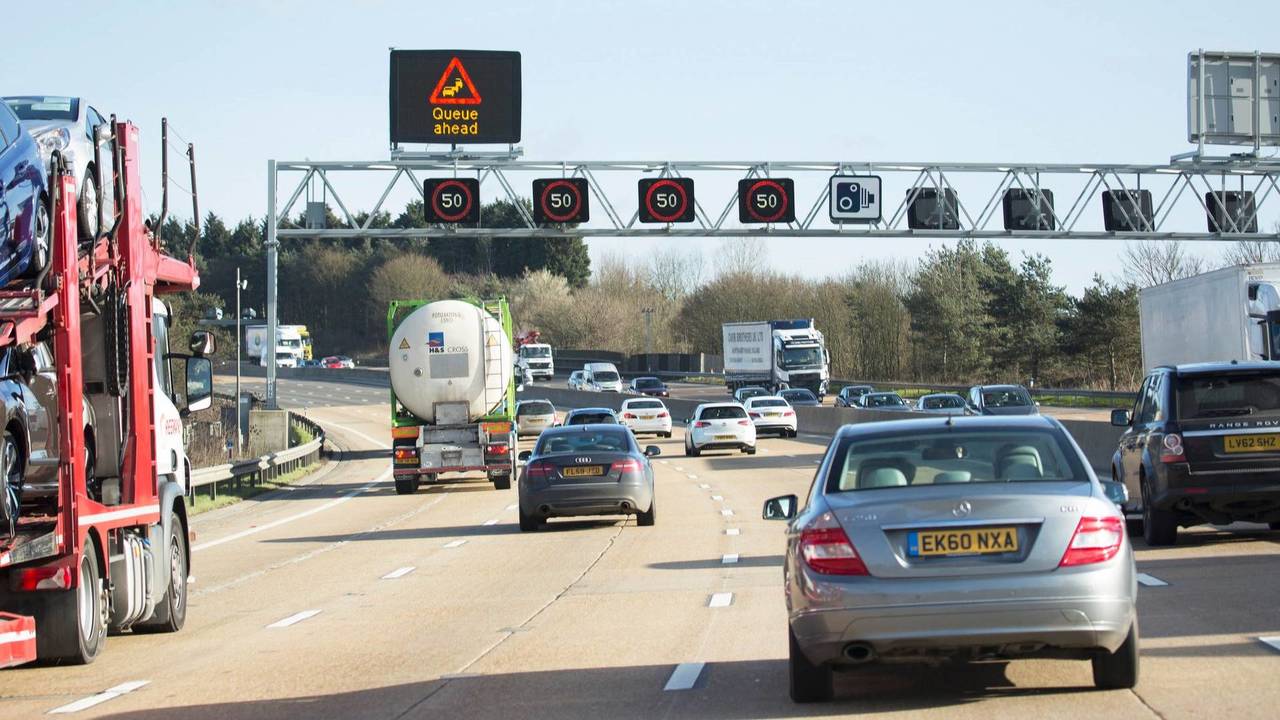 The hard shoulder's been given the cold shoulder.

The latest phase of the M1 motorway’s planned upgrade to ‘smart motorway’ status has opened between junction 16 (Nottingham) and 19 (the M45).

Highways England, the body which looks after the UK’s motorway and A-road network, says that the up-to-date technology that’s just been installed will help keep traffic flowing more smoothly. The motorway now has four running lanes instead of three to add capacity on the motorway by a third.

The Highways England upgrade between the two junctions is part of a major government investment worth £15bn that the agency says will enable it to ‘build a modern and resilient road network’, with further stretches of the new smart motorway due to open over the coming weeks. Once the latest upgrades are complete it means that the M1 has been upgraded from junction six in north Watford to junction 35 in Rotherham.

Director of Highways England’s smart motorway programme, Shaun Pidcock, said: ‘This is a significant upgrade for the M1, which connects the north of England and London, and will deliver real benefits for the 125,000 drivers who use it every day. We’ve added new lanes and completely overhauled the technology, to reduce the frustrating “stop-start” traffic and give drivers better information to help with their journeys, while maintaining high levels of safety.’

When the smart motorway is complete, traffic sensors will automatically monitor vehicle numbers and adjust the speed limit accordingly. The organisation says that it has installed a total of 50 CCTV cameras that will also provide 100 percent coverage of the 15-mile route and allow Highways England’s traffic officers and the emergency services to respond quickly to incidents.

A report from the RAC earlier this year said that UK motorists still don't know how to drive on the growing smart motorway network and called on the government to do more to educate drivers.

The M1 didn't have any any speed limit, crash barriers or lights when it first opened in 1959.