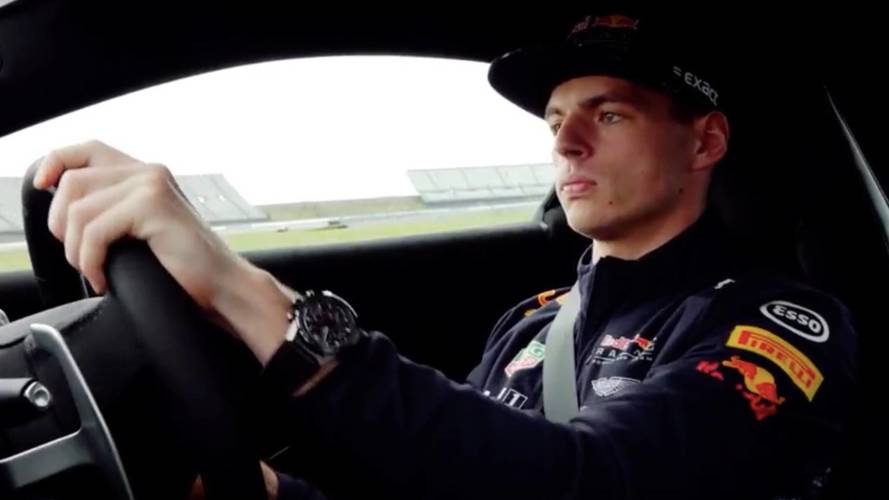 Aston Martin is dialling the new Vantage buzz up to 11

It's a classic scenario – young upstart, new on the scene, trying to make a mark. And Max Verstappen.

The latest barrage in the war to win hearts and minds to the new Aston Martin Vantage features an excessively young (if you're our age) but decidedly exciting young talent in the form of Dutch F1 driver Max Verstappen.

The Red Bull Racing driver and three-time grand prix winner, who has had his driving licence for a grand total of 25 months, was invited by Aston Martin to help out with the final stages of development of the new Vantage during a test day at Rockingham circuit in the Midlands.

Matt Becker, Aston Martin dynamics chief engineer, was on hand to show the 20-year-old round the new car – as they set off round the circuit, he explains that the car they are driving is a 'VP-level car', a verification prototype. There are two more build phases after the car we see being tested here, says Becker. It's not clear when the video might have been filmed, but it's an insight into the complex world of testing and development that's involved ahead of delivering a new car to a customer.

'I really like the rear diffuser', says Max in the video. 'It's really aggressive and sporty.'

In the video, Becker says the Vantage they are driving has just over 500bhp and 505lb ft torque and weighs 1,530kg dry. The two chaps seem like they're having a little too much fun for serious testing and development work, but the Vantage gets the seal of approval from Verstappen.

The new Vantage is all set to be officially unveiled on 21 November 2017 – keep watching out on uk.motor1.com for all of the latest details.