Self-driving Jaguars have been sent to Coventry – for testing 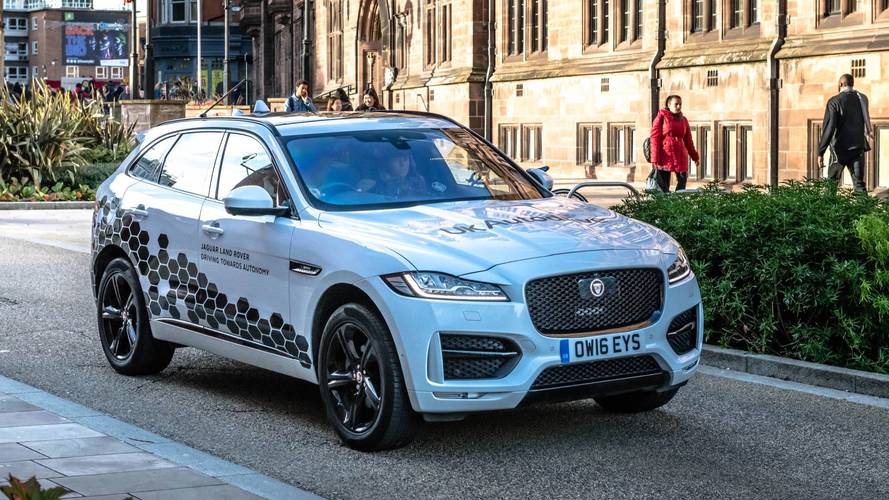 Jaguar's also trying out traffic lights that talk to cars.

Jaguar has begun testing self-driving versions of its cars in real-world testing on the streets of its home city, Coventry. Unlike the last major such event, where Lady Godiva went through the streets naked on horseback, residents are not being asked to go into their homes and block the windows. Jaguar Land Rover engineers are keen to test their technology in the topsy-turvy world of everyday driving.

It's not just the car-based technology that's under scrutiny, though – the JLR team is also working with connected street furniture, such as traffic lights that talk to the car and cars that communicate information to each other.

'Testing this self-driving project on public roads is so exciting, as the complexity of the environment allows us to find robust ways to increase road safety in the future,' said JLR's executive director of product engineering, Nick Rogers. 'By using inputs from multiple sensors, and finding intelligent ways to process this data, we are gaining accurate technical insight to pioneer the automotive application of these technologies.'

The new development makes Coventry just one of 12 cities in the entire world that are currently conducting official tests of self-driving vehicles.

Jaguar is testing a range of technologies as part of a £20m initiative from UK Autodrive, a consortium of interested parties that includes Jaguar Land Rover and Ford, as well as a number of prominent universities, city councils and technology firms. There are three such alliances in the UK that are working to develop automated and connected vehicles that can be used on public roads.

The first phase of UK Autodrive's three-year programme has been to conduct laboratory and track testing to prove the viability of the technology before trying it in a real-world environment. The closed-track tests have already taken place at the Horiba Mira test facility north of Coventry. Many car manufacturers use the site to test prototype cars and develop new technologies on roads that simulate the full range of driving conditions and inside laboratories that can change conditions from Arctic to Saharan at the flick of a switch.

UK Autodrive says that the successful completion of testing in a closed environment has meant it can give the green light to real-world testing, which is set to take place in Coventry and Milton Keynes. The testing process has already started and will continue into 2018.