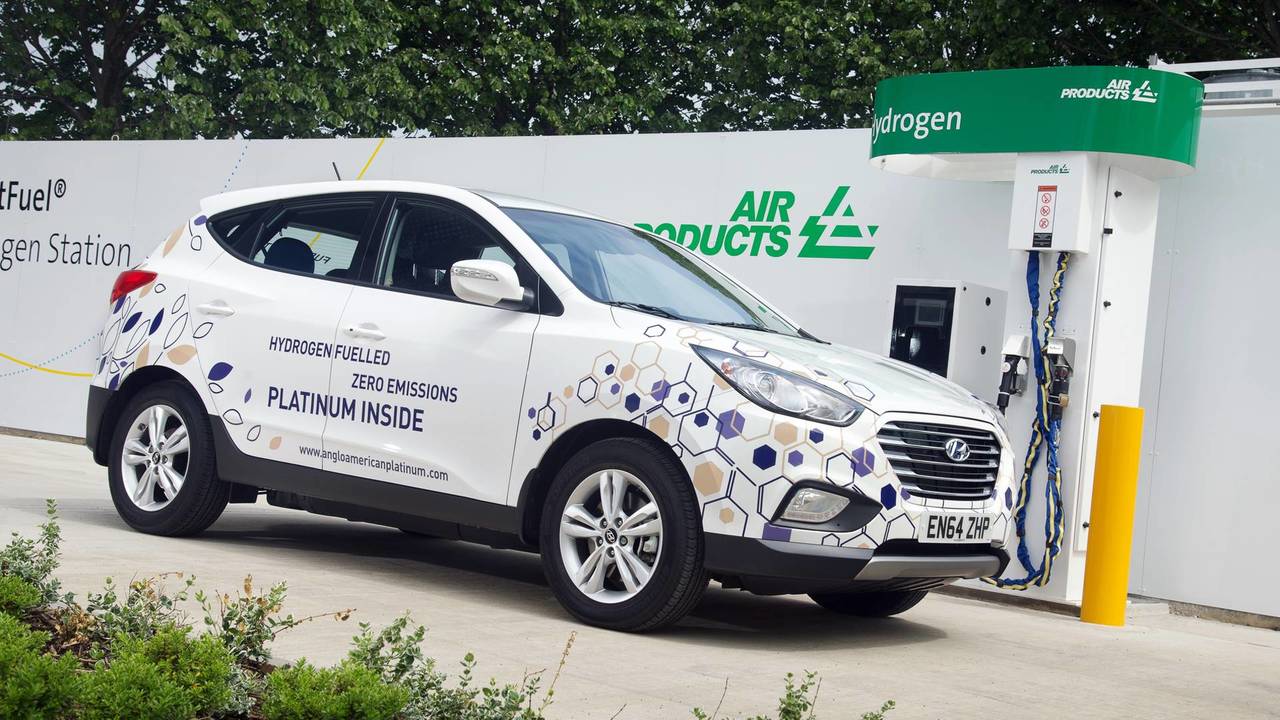 But only if they make £212 billion investment...

Hydrogen could power 10 to 15 million cars and 500,000 trucks by 2030, according to several of the world’s leading car manufacturers.

The Hydrogen Council, which is a group of multinational companies including BMW, Toyota and Hyundai, says that if hydrogen were deployed ‘at scale’, it could contribute around 20 percent of the CO2 emission reductions required to limit global warming to two degrees Celsius.

The group says that hydrogen, which is the most abundant element on the planet, can be used for multiple purposes, such as heating buildings and generating electricity, as well as powering vehicles.

A statement said the Hydrogen Council ‘sees the potential for hydrogen to power around 10 to 15 million cars’ in the next 13 years.

Cars powered by hydrogen fuel cells are already available on the market, but there is currently little refuelling infrastructure to support their uptake.

The Hydrogen Council admitted that the mass use of hydrogen would require ‘substantial investments’ of around £212 billion by 2030. However, the group claims that such an investment is feasible, given that the world already invests around £1.3 trillion in energy every year.

According to a study commissioned by the Hydrogen Council, the hydrogen sector could also pay back the investment, developing around £1.9 trillion of business and 30 million jobs by 2050.

‘The world in the 21st century must transition to widespread low carbon energy use,’ he said. ‘Hydrogen is an indispensable resource to achieve this transition because it can be used to store and transport wind, solar and other renewable electricity to power transportation and many other things. The Hydrogen Council has identified seven roles for hydrogen, which is why we are encouraging governments and investors to give it a prominent role in their energy plans.

‘The sooner we get the hydrogen economy going, the better, and we are all committed to making this a reality.’