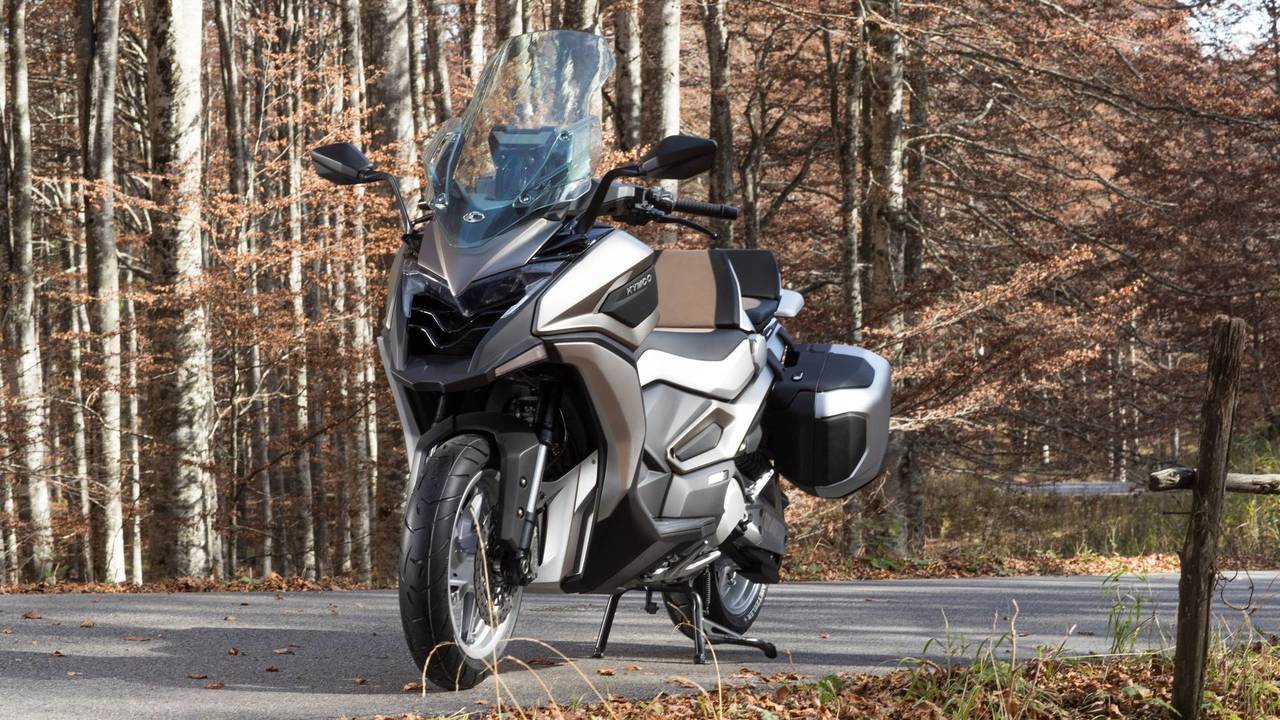 There are two- and three-wheeled variants.

The innovative 'adventure tourer' is a new type of scooter that Kymco says 'provides riders with The Luxury of Discovery'. Steady on lads, it's just a scooter. The C Series Concept introduces two new vehicles – the CV2 Concept and the CV3 Concept. The numbers in their names refer to the number of wheels that each bike has, giving each model distinct characteristics and personality.

The C Series Concept puts emphasis on rider comfort, handling capability, robust body structure and outstanding ergonomic design, giving it an impressive ability to ride through all kinds of road surfaces, even if Kymco does say so itself. It comes equipped with a modular CVT transmission, and manually adjustable horizontal rear suspension to improve stability over long distances, as well as Brembo disc brakes front and rear. There are also chunky tyres to keep the wheels firmly planted.

The three-wheeled version of the concept – the CV3 – is Kymco's first three-wheeled scooter, the format giving even greater stability. On the three-wheeler, the rider has the option of locking the front suspension manually with the push of a button. Also equipped with a host of safety features, it is said that the CV3 is perfect for those who want the agility of a scooter in city traffic, but want the freedom and comfort of driving a car. And with its roof and windscreen it reminds us more than a little of that delightful early 2000s runabout, the BMW C1.

Neither model is on sale yet, but Kymco says that it is looking to take the designs and features of both and put them into production soon. Watch this space...