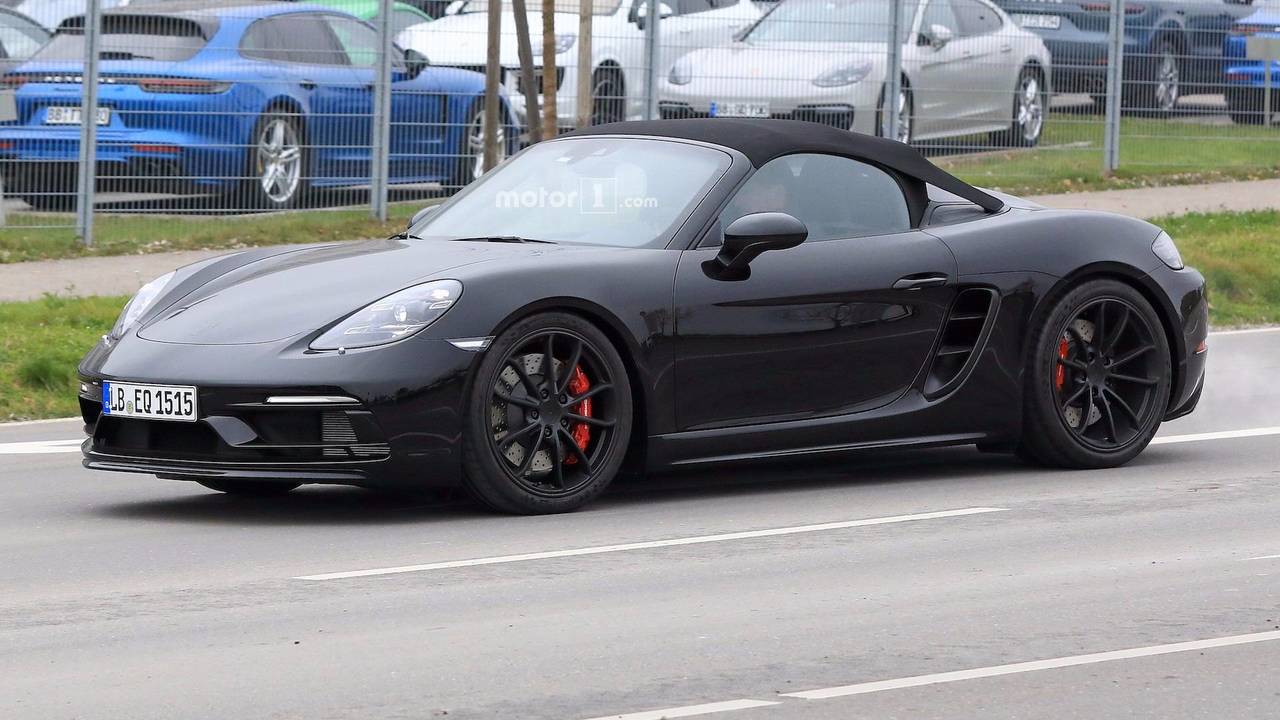 Should look even better when it takes its top off.

Last summer, Porsche reinvented its Boxster and Cayman sports cars with the revival of the 718 nameplate. The two vehicles, now 20 years on from their initial conception, have gained new flat-four turbocharged engines, updated styling cues throughout, and as recently as October, go-fast GTS versions.

But even though the latest 718 Cayman and Boxster twins are just over a year old, already spy photos are showing an all-new version of the latter.

Our photographer recently caught up with a prototype for the 718 Boxster Spyder. Naturally it carries a number of similarities to the standard 718 on which its based, but there are a few defining features to note. Overall, the body appears to be far sleeker than the standard Boxster. The front grille adopts Porsche’s Sport Design look found on the GTS models, and the side profile is accented by new skirts and sporty wheels.

The standard convertible mechanism has been replaced for a speedster-style low-slung canvas top that extends further out towards the rear. Though we don’t get to see what the Spyder variant looks like with the roof down yet, we can only imagine it’s even prettier than the standard version.

Considering the new Boxster GTS pumps out 365bhp, and the outgoing Boxster Spyder delivered 385bhp, the new version should be somewhere closer to 400bhp if we’re very lucky. It’s unclear whether the same 2.5-litre turbocharged four-cylinder boxer engine will carry over, or if Porsche will instead drop a more-powerful flat-six under the bonnet.

A six-speed manual gearbox is expected to come as standard, while a quick-shifting PDK will likely be offered as an option. The new Spyder variant will be shown in just a few months alongside the Cayman GT4, which we've also seen testing outside of Porsche HQ recently.