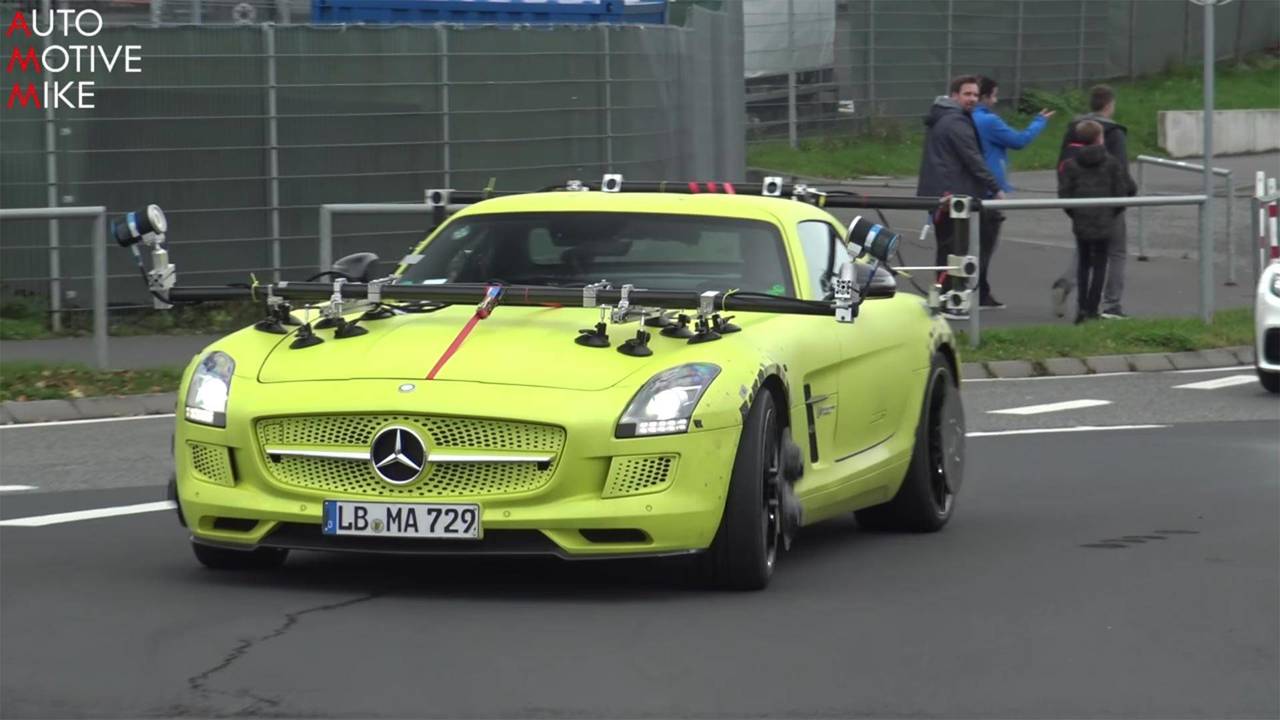 What have Mercedes engineers strapped onto this electric sports coupe?

Mercedes-Benz has once again been spied testing something incredibly weird at the Nürburgring race track in west Germany. The company has taken an SLS AMG E-Cell electric car out of retirement and loaded it with equipment for lapping the famous track. The bizarre setup immediately raises the question of what exactly the company might be up to with such a getup.

Looking at the video and picture evidence we have available, it appears that the electric coupe has slightly different setups when driving on general roads and running on the track. While on the Nordschleife, the lights on each corner of these rigs tilt downward and shine on the vehicle. On the street, driving to and from the circuit, they are tucked out of the way. This is all before we even get started on the strange hubcaps the SLS has on its wheels, that sit quite far proud of the hub.

There appears to be a wide array of sensors on the vehicle, possibly including cameras, Lidar modules and gyroscopic sensors. One possibility equipping the SLS with so many items is that Mercedes is testing new EV equipment and wants to collect significant amounts of data at once. The German automaker has been making a significant push towards electrification recently, and the engineers might have equipped this one with new parts for evaluation at the Nürburgring.

As evidence of this possibility, Mercedes-AMG boss Tobias Moers admitted earlier this year that new fully electric models were on the performance division's agenda. Using the SLS E-Cell as a mule for early equipment testing might be a good starting place. Check out the video below.