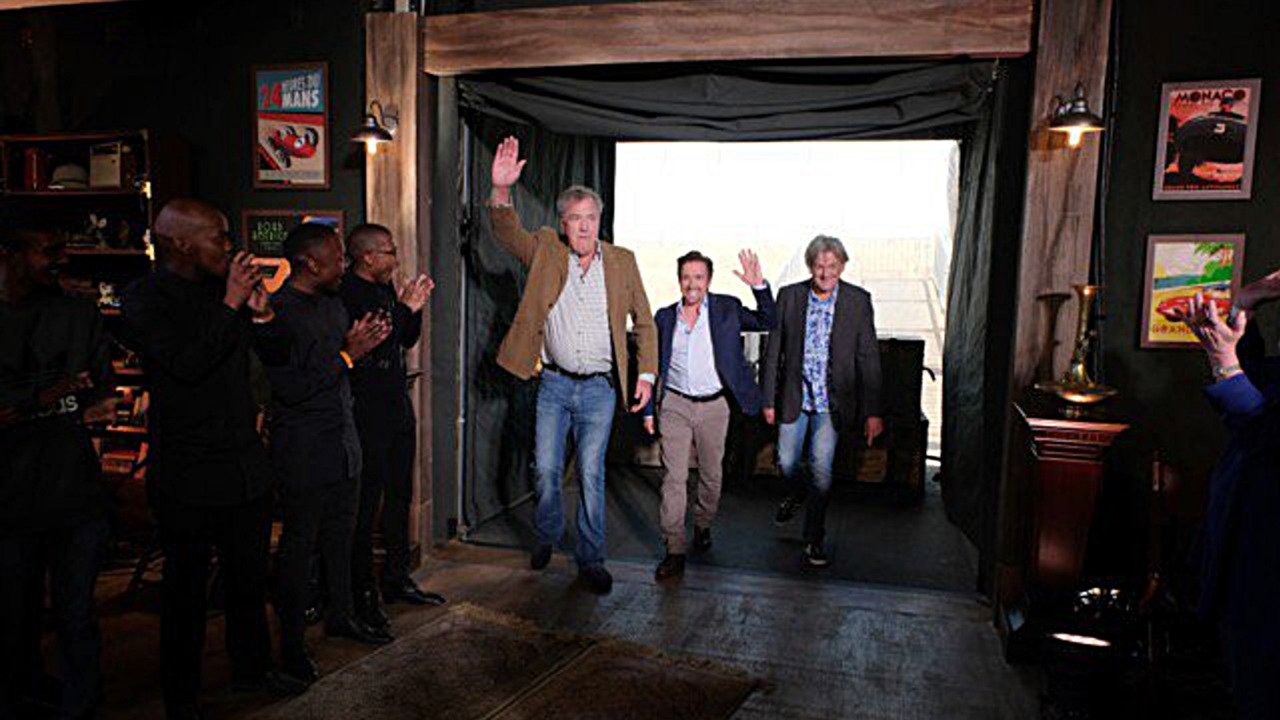 Jeremy Clarkson has come up with a cunning plan to welcome celebrities.

The Grand Tour glimpses continue apace as the masterminds at Amazon try to tantalise viewers with all of the delightful goodies in store on 7 December. It's like a Jeremy Clarkson-shaped advent calendar.

Anyway. The latest video shows the brain trust that is Jeremy Clarkson, Richard Hammond – still on crutches after Mozambique mishap – and James May – he hasn't had his hair cut yet in this video – brainstorming plans for the second season of the hit Amazon Prime motoring show. Incidentally, while not luxury accommodation, the Grand Tour office does look a sight fancier than the old BBC Portakabin at Dunsfold Aerodrome that we're more used to seeing the poster boys for the mid-life crisis loafing around in.

Sadly, it seems that Celebrity Brain Crash is not returning for this new run of shows, but Jeremy Clarkson has come up with a brilliant new challenge for celebrities – a Half-a-Romeo. It's not really something that lends itself to being described with words, so we're afraid you will have to watch the video below to try and grasp the fundamental genius/idiocy of the plan.

During the show's first season the celebrity brain crash segment saw celebrities being invited on to the take part in a quiz that would test their skills and pit their wits against the best that the Grand Tour team could throw at them, before they were 'accidentally' killed off before they could make it to actually appear in the Grand Tour tent. Fortunately for the world's famous, this time round it looks like they'll last about 30 seconds after they arrive in front of the cameras before something terrible happens – that's if this sneak preview from Clarkson, Hammond and May is even to be believed, of course. Check out the video below.