Mazda shows first glimpse of new 6 ahead of LA debut 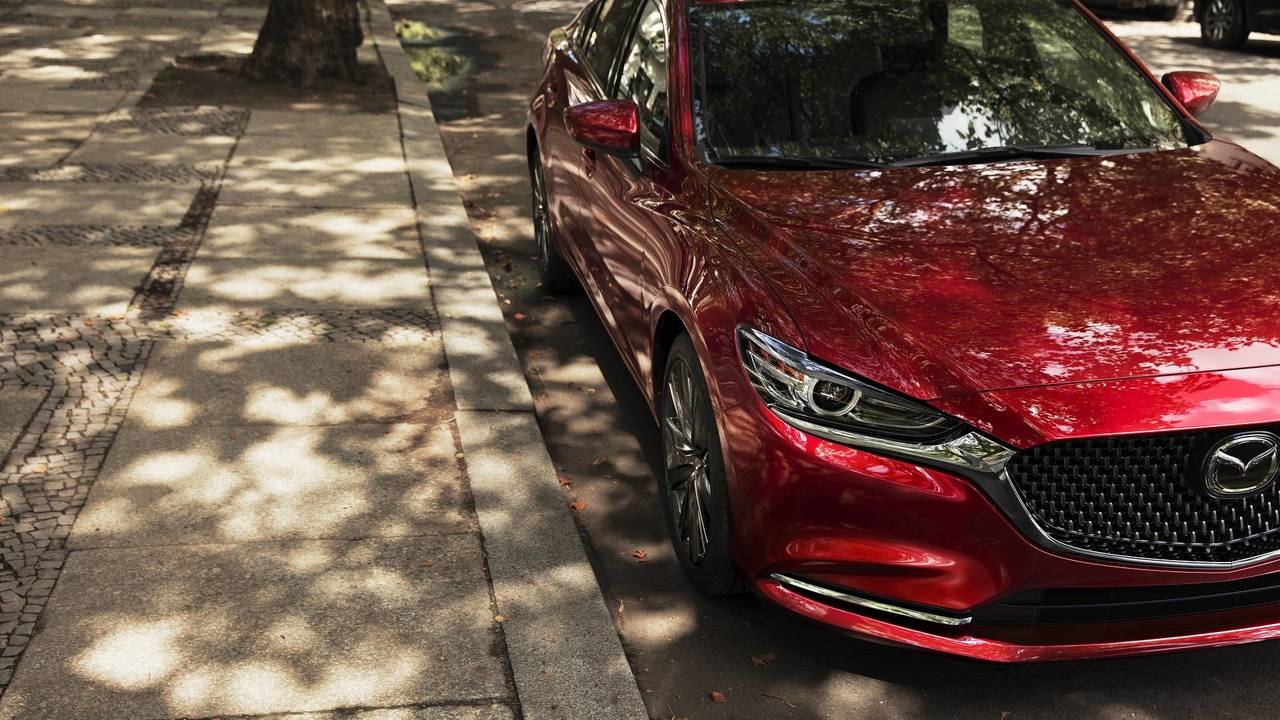 Mazda has teased its facelifted 6 saloon ahead of the model’s debut at the LA motor show later this month.

The Japanese company partly unveiled the car in a tweet, which showed off the grille, headlights and dashboard of the Mondeo- and Passat-rivalling saloon.

Both images betray design cues lifted from the latest-generation CX-5, with the sharper nose and more angular grille, as well as narrowed headlights and the optional Soul Red Crystal paint.

Inside, the dashboard gets similar horizontal lines to the CX-5’s cabin, with the wide expanse of Japanese Sen Wood trim linking the air vents. The first impression is of a general move upmarket, but we've yet to see any of the tech that rivals are starting to introduce, such as TFT instrument dials and infotainment screens that are better integrated into the dashboard setup.

Mazda claims that the most significant changes, though, are under the skin. The brand has introduced more safety technology as part of its i-Activsense package, with radar cruise control that can now bring the car to a full stop and drive away again when the traffic moves off.

The model will also get Mazda’s 360-degree top-down parking camera, which provides a bird’s eye view of the car’s surroundings when manoeuvring.

The North American market will also benefit from the arrival of a 2.5-litre turbocharged petrol engine, which will feature cylinder deactivation technology to offer increased economy. However, Mazda says this won’t come at the cost of performance, claiming the four-cylinder engine has been engineered to offer the same amount of torque as a 4-litre V8.

However, while Mazda admits that the new powertrain will be offered in ‘some’ markets outside the United States, it seems rather unlikely that we will see it under the bonnet of any British-registered 6s.