This carbon-bodied speedster is the Dallara Automobili Stradale, the first road legal vehicle to be unveiled by the Italian race car constructor that is revered for building the finest racing chassis in the world. From Formula E to Indycar and even the occasional Bugatti hypercar project, Dallara has been quietly developing these gloriously complex carbon tubs in the shadows.

Now, however, the company is stamping its own badge onto a road car. According to Dallara, the Stradale – meaning road in Italian – has been built to ‘rediscover the real pleasure of driving on road or on track’. Built around a carbonfibre chassis with aluminium subframes, it adheres to the Colin Chapman principles of just adding lightness. 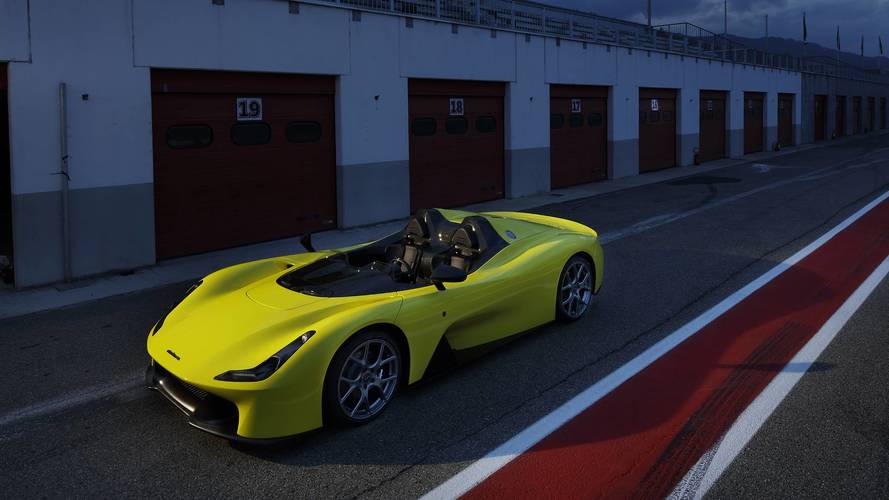 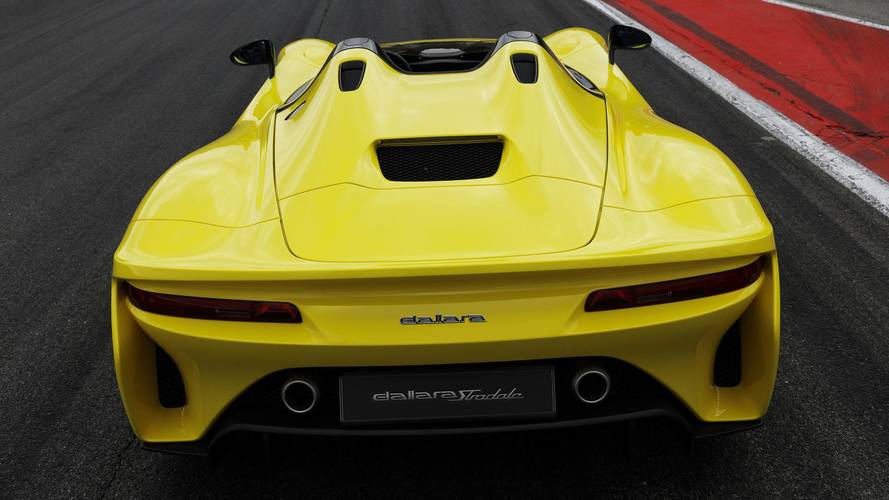 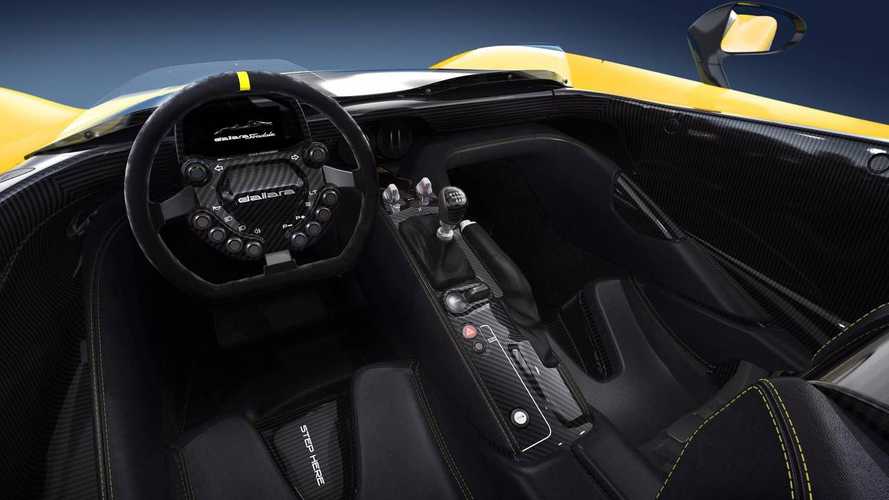 In speedster form, the Stradale boasts a dry weight of 855kg – dry weights quote the car’s mass with no petrol, oil, people or fluids – which is about the same as a bag of crisps. Or the featherweight Lotus Elise Sprint 220 (851kg).

Power is courtesy of a Ford-derived 2.3-litre, four-cylinder Ecoboost engine, which has been tuned to develop 394bhp at 6,200rpm and 369lb ft of torque at 3,000-5,000rpm. When mated to a six-speed manual gearbox (a single clutch automatic with paddle shifters is also available), the Stradale will accelerate from 0-62mph in 3.25 seconds and has a top speed of 174mph.

Should the weather get all glum, rainy and, you know, British, the Stradale’s miniature Le Mans silhouette can morph into a coupe with the help of the optional plastiglass windscreen, Targa-style frame roof and two top-hinged see-through canopy ‘doors’. Admittedly this isn’t the sort of roof option you can install at the touch of a button at the traffic lights, but it at least gives a modicum of practicality. Add the optional rear wing and the coupe-shaped Stradale is said to deliver 820kg of aerodynamic downforce. 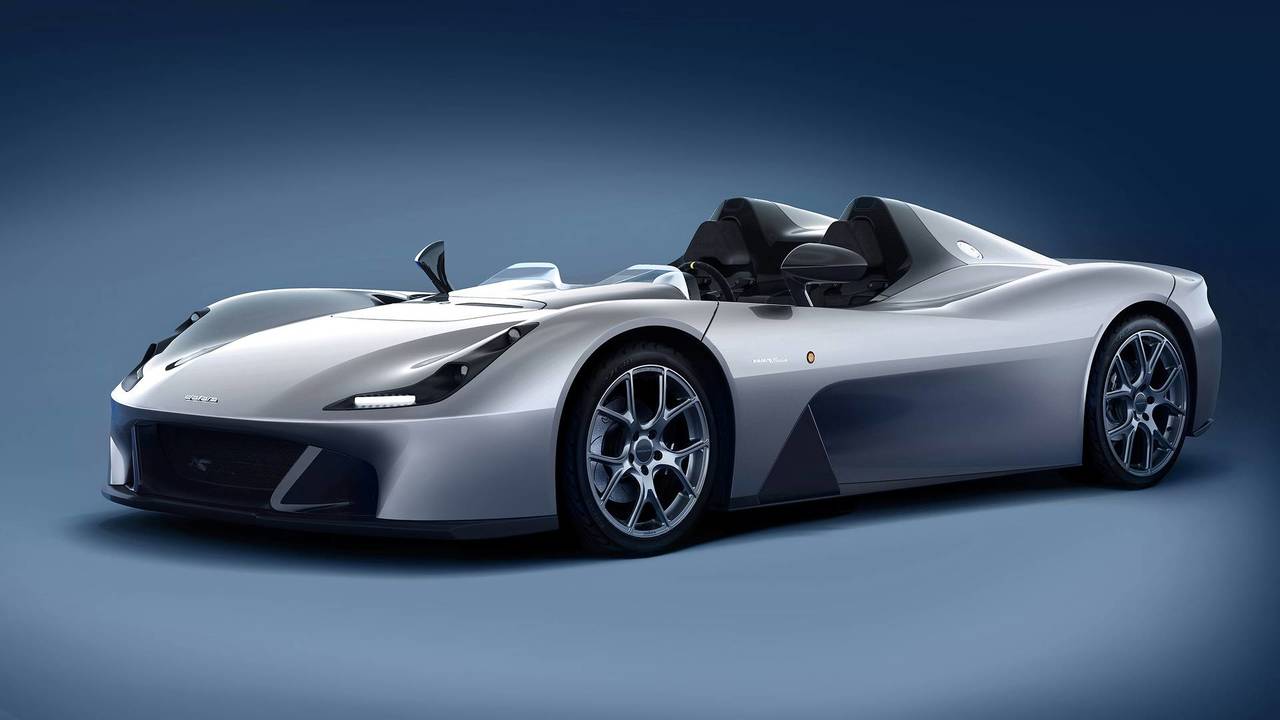 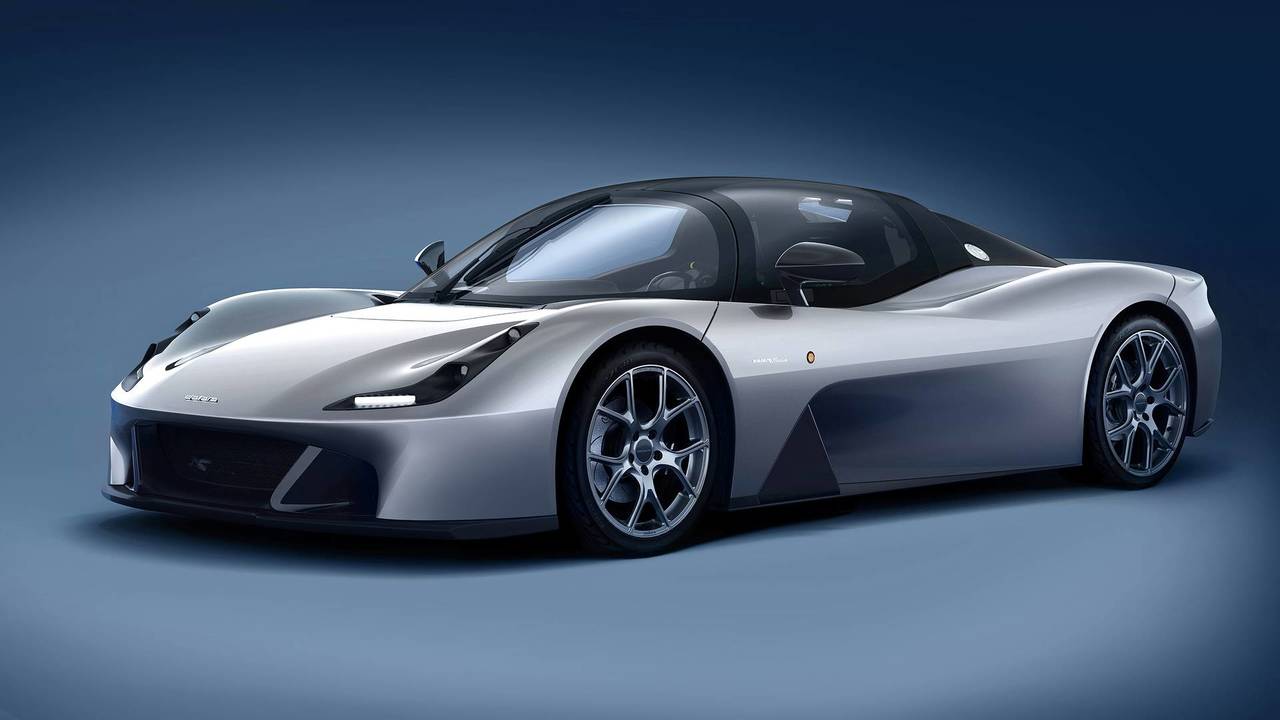 Speaking about the project, company founder and President, Gianpaolo Dallara said the Stradale 'sums up everything we learned from racing and from collaborations with our clients, and I am convinced that those who will use this car will be able to try the pleasure of driving for the sake of driving.' The former engineer for Ferrari, Maserati, Lamborghini and De Tomaso went on: 'I like to think that Colin Chapman, who I began to admire since the days of his Lotus Seven, would appreciate the essentiality and simplicity of this car.'

First customer deliveries are now underway, with final shakedown tests being carried out by former racer Loris Biccocchi, who has previously developed road cars for both Bugatti and Pagani. You’ll need a pretty big cheque book, mind, with prices quoted at around £180,000 plus taxes. Provenance, it seems, does come with a rather hefty price.