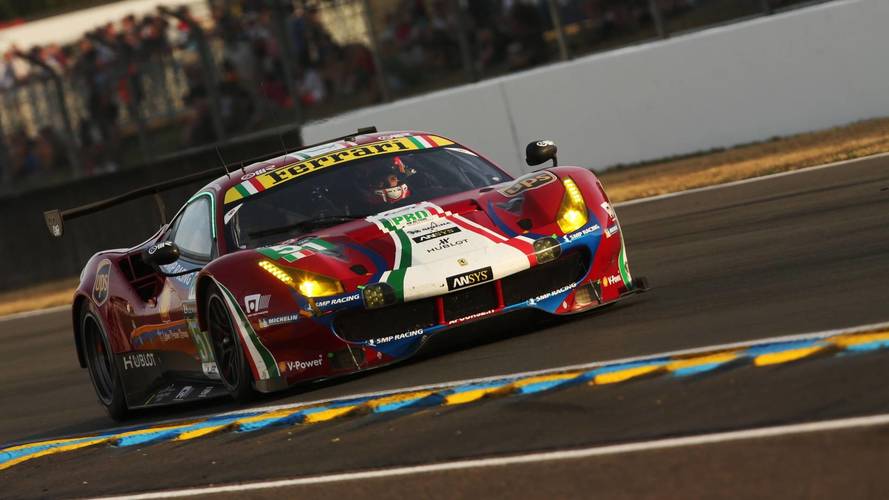 To cap off the Italian manufacturer's 70th anniversary year, the company will display a number of cars from its GT, F1 and famed XX Clienti programmes, forming an unprecedented line-up of exotic Ferraris the likes of which has never been seen before. Now joining the previously-announced 488 Challenge, is that car's bigger brother, the 488 GTE.

Autosport's editor-in-chief, Andrew van de Burgt, said: 'We are enormously excited to confirm the World Endurance Championship-winning Ferrari 488 GTE at Autosport International. Fans coming to the show will be able to get up close to one of Ferrari's most successful competition cars, which has performed so well this season. Keep your eyes peeled for more iconic Ferrari cars on the centrepiece over the coming weeks.'

The Ferrari 488 GTE made its debut in last year's FIA World Endurance Championship, replacing the triple-title winning 458 GT2. Like its predecessor, the 488 GTE was an instant success, taking the 2016 WEC GTE manufacturers' crown and it looks set to add to that this year.

The other cars that will be on the display haven't been revealed yet, but the whole display is set to showcase Ferrari's extensive Corse Clienti programme – its customer experience that puts Ferrari drivers right in the thick of the action.

The whole process begins with the Ferrari 488 Challenge, and if you've got the cash and the inclination it can take you all the way to the Le Mans 24 Hours, the exclusive high-performance XX prototypes, or even the option of buying your own F1 car.

Autosport International takes place from 11-14 January 2018, and tickets are on sale now at autosportinternational.com.