Of course, it might be churlish to point this out, but the company is announcing power increases and weight savings based on a car that no-one has officially seen yet, that hasn't been revealed in final production form. But we trust those chaps when they say (in press release language) that the car is seriously mental. In fact, Aston says that the car's track performance is capable of rivalling recent F1 cars, but whether we're talking Mercedes-AMG or McLaren-Honda that's still fairly impressive.

The 'standard' road car version of the Valkyrie is already set to turn out fairly extreme, equipped as it is with a 6.5-litre V12 Cosworth engine in combination with an F1-style KERS hybrid device that is expected to produce over 1,100bhp in a car that weighs around 1,000kg. Delivery of the £2.5m hypercar, of which just 150 will be made, is expected to begin in early 2019. A more focused, track-biased version of that? It sounds genuinely terrifying. 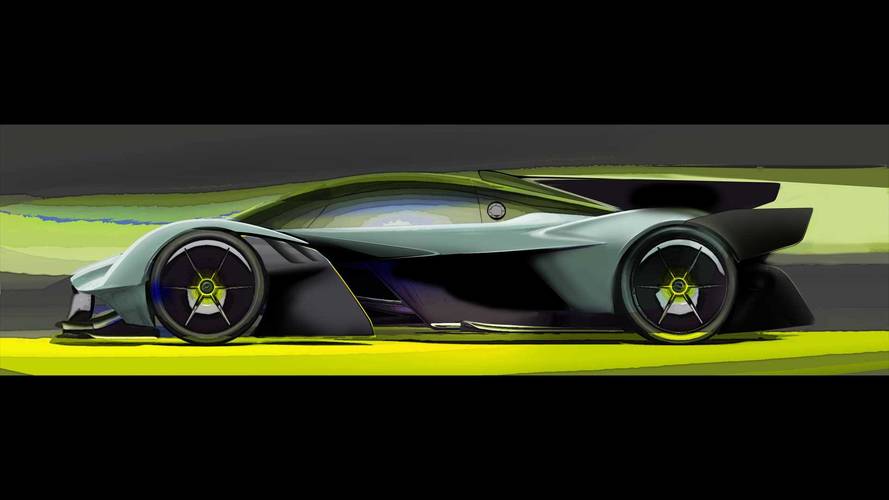 The AMR Pro will be available from 2020, says Aston Martin, and just 25 of them will be built. Fancy getting your hands on one? Tough, they're sold out already. But we can still admire the craftsmanship. The electric part of the hybrid system will remain unchanged, but Aston says that it has recalibrated the engine and made modifications to the emissions control systems (at least car makers are being honest about it these days) to boost power and torque.

There are much larger front and rear wings for added downforce, as well as some active downforce elements that have been tweaked for a circuit bias. The wheels on the Valkyrie AMR Pro have in fact been made smaller than the road car's in order that Aston could squeeze on a set of Michelin racing boots, which are the same specification as those worn on LMP1 endurance racing prototypes. Carbonfibre racing-spec brakes complete the set.

Weight savings comes courtesy of ditching all the windows and replacing them with polycarbonate plastic, chucking out the heater and infotainment systems and replacing lots of stuff with the same thing, but made out of carbonfibre.

Aston Martin says this epic 250mph will be capable of pulling 2.3g through a corner, so if you buy one it'll get you access to the F1 facilities at Red Bull Racing (the team has signed a big title sponsorship deal with Aston Martin starting in 2018) so you can do some training in the simulator and work on those neck muscles and puny arms in the gym.

Phew, we're quite glad we didn't manage to get our hands on one of those 25 exclusive models, it sounds like it's going to be exhausting.