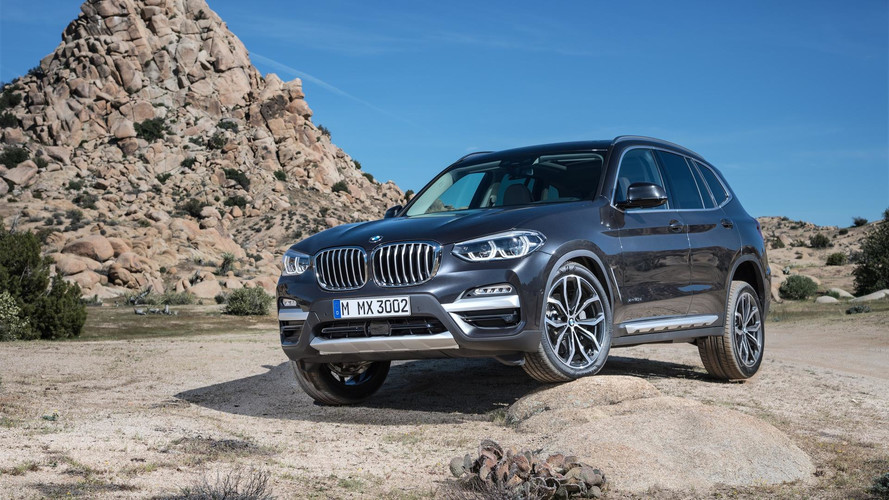 It will be the first fully electric SUV from the German car maker.

BMW says electric mobility is its 'top priority' – so it makes sense that the German marque has trademarked a range of 'i' nameplates that preview an entire range of electrified vehicles.

The latest 'iX3' trademark designation suggests that BMW’s best-selling SUV will be the latest in a long line of EVs joining the new car market. According to reports, BMW filed the trademark for the iX3 moniker last week, which joins a range of i-badged trademarks that already exist – everything from iX1 to iX9.

The new iX3 moniker is expected to grace the backside of BMW’s electric X3, which is the only fully electric SUV that the company has confirmed for production so far – it's expected to hit showrooms at some point in 2019.

The iX3 will be joined by the upcoming i5 – previewed by the Vision Dynamics concept – which is scheduled to go into production in 2020. BMW hopes the two electric vehicles will help EVs to make up as much as 25 percent of its overall sales by the year 2025. Already the company has sold around 58,000 electrified vehicles this year, albeit alongside a cumulative sales figure of around 1.5m vehicles.

Alongside new models like iX3 and the upcoming i5, a revised version of the i3 will go on sale in just a few months, complete with a sporty 'S' model that adds a wider body, 20-inch wheels and some added exterior design tweaks at the front and rear. The electric motor generates 184bhp and 199lb ft of torque.

The German car maker is also set to show off its first-ever i8 Roadster at the LA motor show latest this month – the new Roadster will likely benefit from a larger 14kWh battery pack – more than double that of its coupe sibling – with the probability of a boosted electric range, and upwards of 400bhp on tap.