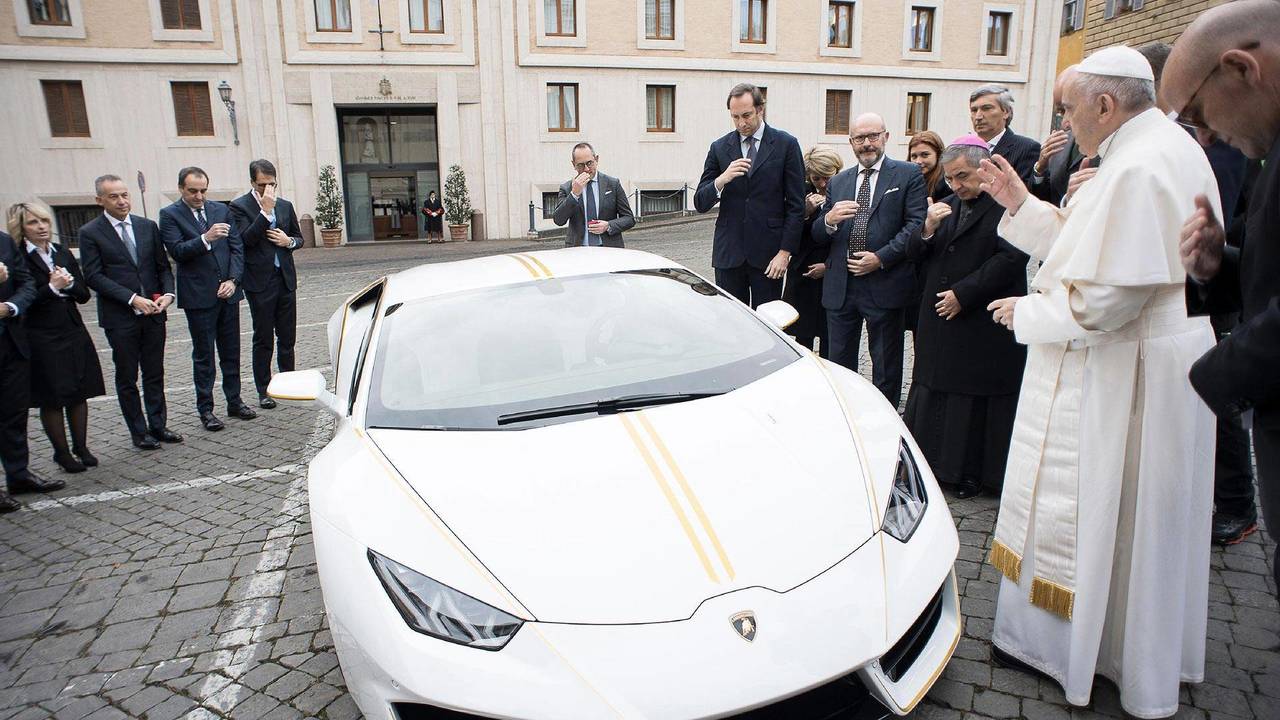 Surely this makes him the coolest pope in history?

It seems to be the answer to the prayers of most eight-year-old boys – the pope has been given a striking white personalised Lamborghini by those eternally generous folks down in Sant'Agata, near Milan. However, the white Huracan won't be raced around the streets of the Vatican by the pontiff, because he's planning on auctioning it off for charity.

The 610bhp supercar was blessed and signed by his holiness before being handed over to Sotheby's, which will handle the sale. Proceeds from the auction of the Italian sports car will go towards helping Christians in Iraq, victims of trafficking and Italian charities working with women and children in Africa.

A regular Lamborghini Huracan will set you back at least £180,000, but you can expect this one to go for more. A lot more – despite the marker pen vandalism by his holiness.

Of course, this isn't the first time the pope has been given a high-end vehicle to aid with charity fundraising.

Last year Pope Francis auctioned off all of the vehicles used during a trip to Poland, while in 2014 a Harley Davidson given to the pope sold for 25 times its retail price. A signed Harley leather jacket was also sold at the same auction – it's unknown whether the pope chose to wear it at all before handing it over.

The most famous papal supercar isn't Francis's new Lamborghini though. Back in 2005 an extra Enzo Ferrari, the 400th out of a production run of 399, was built for Pope John Paul II, who auctioned it off for over a million dollars which all went towards charitable causes.

Pope Francis's usual wheels are a lot more humble than Italy's finest – since his election in 2013 he has specifically chosen to be chauffeured around Rome in a blue Ford Focus, a far cry from some of the elaborate Popemobiles he might have been spotted in on his state visits. He did raise eyebrows in 2015 when he visited New York and was driven around in a Fiat 500L.