BMW teases drop-top i8 Roadster ahead of LA show 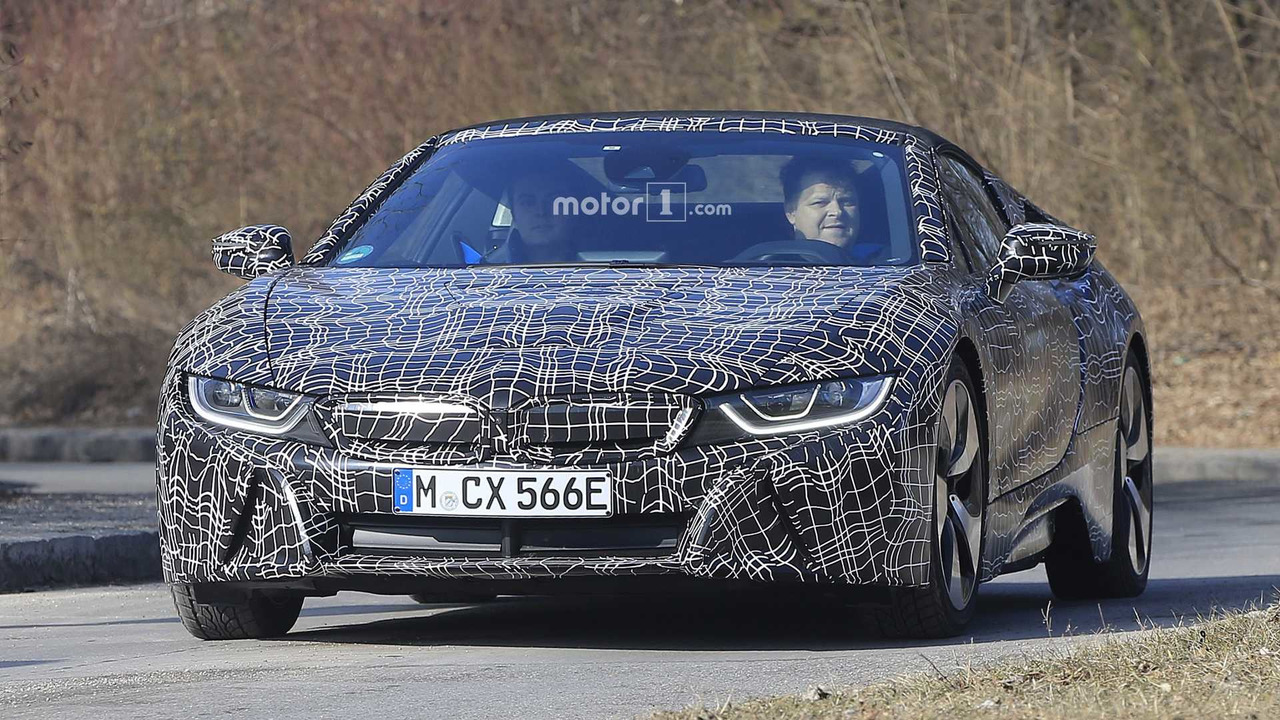 With the roof down, you'll be able to hear the silence... Or three-cylinder thrum.

We've seen the car out and about in testing and heavily camouflaged, but the official launch of the new BMW i8 roadster is almost here, and the German car maker has released a teaser video showcasing its forthcoming electrified cabrio, which is set to arrive on sale in 2018 after it makes its debut at the LA motor show later this month.

Little is known about the hybrid sports car, but the video does reveal a two-seat layout and a fold-away fabric roof. It is thought that the newcomer will be presented alongside a facelifted version of the four-seat, hard-top i8 that has been on sale since 2014.

The car is expected to use the same plug-in hybrid powertrain as its hard-top sibling, which boasts a 1.5-litre three-cylinder petrol engine and a brace of electric motors. Sending its 357bhp to all four wheels, the existing car is capable of 0-62mph in around 4.5 seconds and a top speed of 155mph.

However, there is speculation that the 2018 car may get a slight power hike and possibly an improvement in economy thanks to changes to the electric portion of the hybrid powertrain. As a result, we could see an increase on the existing 23-mile electric-only range, as well as a reduction in the i8's acceleration times.

If the power has potential to increase, though, so too does the price. Rumours are circulating that the 2018 versions of the i8 could exceed the current-generation car’s £106,000 price tag, with the convertible expected to cost more than £110,000 – that's a lot extra for less roof.

The new model is expected to arrive at some point in 2018, following on from the all-electric i3 S as BMW reinvigorates its environmentally friendly ‘i’ range.