Seat presents its safest ever car (but it's still a concept) 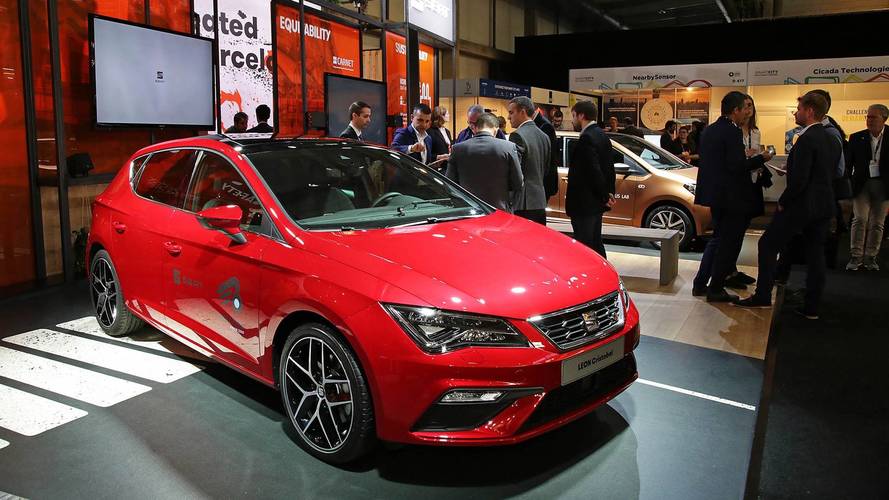 Seat has unveiled a concept that the Spanish car maker claims is the safest car it has ever put together. The Leon Cristobal – appropriately named after the patron saint of drivers – previews the company's latest advances in safety technology and comes equipped with no fewer than six new features.

The main causes of road accidents are distractions, drowsiness, speeding and alcohol consumption, says Seat, with those factors behind 80 percent of traffic accidents. The Leon Cristobal, however, aims to combat all of them at once.

Unsure whether you're safe enough to drive home after a couple down at your local? Worry not. The Cristobal comes equipped with a built-in breathalyser, that stops the car from being started if you're over the limit. There's also a drive-coach feature, that talks to you and gives you warnings of safety hazards, and the mirror can completely eliminate blindspots thanks to help from extra cameras.

For parents, there's a mentor function that allows the speed and location of the vehicle to be monitored. What's more, there's an aircraft-style blackbox that records all data and images and can send them to a designated phone if the car is involved in a crash. If that wasn't enough, there's a guardian angel mode that activates 15 active and passive safety features all at once while the vehicle is activated.

There isn't yet word on whether the Leon Cristobal will make it to production in this form, but you can pretty much guarantee that all of its gizmos and gadgets will make it on to production cars in the coming years. Autonomous cars may be the direction many car makers are going in, but if vehicles are still going to need a driver, Seat has reassured us that they will be completely safe.

Seat has unveiled its latest concept car at the 'Smart City Expo World Congress' in Barcelona, a special event to celebrate urban mobility that was named using some sort of randomiser.